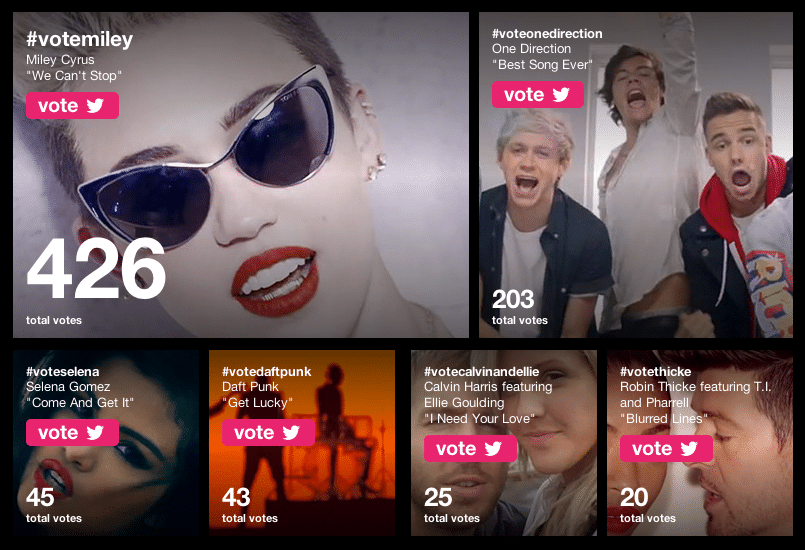 Last year, MTV used Instagram and Twitter for fans to vote for the Best Song of the Summer. This year, fans can vote using Vine videos and hashtags for the first time ever in an MTV Video Music Awards’ category. Leading up to and during the Aug. 25 ceremony, fans can weigh in on the Best Song of the Summer category using Vine, Instagram and Twitter. 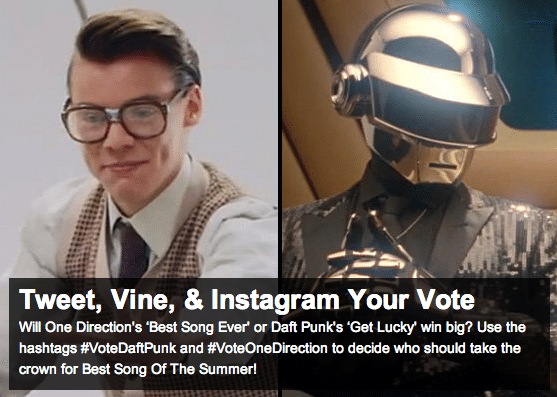 We’ve been debating who had the hottest song of the summer for months, but now, you’re going to have the final say … and the winner is going to walk away with a KAWS-designed Moonman!

Best Song of the Summer is a socially-driven category, and beginning today, fans can vote for their favorites via Twitter, Instagram or Vine by using the appropriate hashtag: #votemiley, #votedaftpunk, #voteselena, #voteonedirection, #votethicke or #votecalvinandellie … voting will remain open until the VMAs, which air live on Sunday, August 25 at 9 p.m. ET.