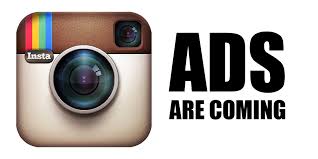 As the month of the November rolled in, Instagram saw its first ad by Michael Kors followed quickly by mixed reactions from the users of the popular social networking sites used for sharing photos. On the very first day itself, the ad managed to collect 36,000 likes and over 300 comments. Even though 200 comments were negative, the ad is admittedly pretty creative, but one should be aware that the best creative people on Facebook and Michael Kors probably collaborated extensively for their first ad. At the Gigaom’s Roadmap conference, Kevin Systrom, CEO of Instagram, said that over 5% of the ads that featured prominent photos led to the likes. According to him, the rate is considerably high. He explained further that even though Instagram isn’t making hundreds of millions of dollars, he wanted to make sure that the transition of Instagram from a start up to a business was done right. Systrom said he expected the criticism and even welcomed it so that the team could work towards making the ads better.

Negative comments ranged from users dropping simple messages like, “No ads please,” to some claiming that Instagram ads would be the death of the popular application as per the information compiled on Peta Pixel. It’s understandable that people who don’t necessarily keep up with tech news felt blindsided and were understandably upset.

Facebook may have managed to sidestep its post-IPO demons, but the issue of younger teens using Facebook less is still an issue. It’s hoping to maintain its relevance through Instagram that has over 150 million active users and employs just 65 people.

The initial backlash happened when Instagram introduced its application for Android users and people got angry stating that the “pristine service” would be tarnished with bad photos. The second backlash, the one that actually made an impact, hit last December when the company announced its plans for monetization. The New York Times sent users into a spiral of confusion due to the vague wording in the terms and conditions, stating that the pictures could now be used in ads. Even though the company lost a few users, it managed to survive, but will it survive the ensuing backlash that may occur due to the new sponsored ads?

For more news on Instagram ads, keep visiting us.