Tango is an application that allows you to make free calls and text messaging through internet. Tango is a free of cost app for making audio calls, video calls or text messaging. Tango presents good-quality video calling between PCs, iPhones, iPod touch, iPad, Windows Phone 7 and Android Smartphone’s and tabs, and works on 3G, 4G and Wi-Fi networks!

Tango is available in the Apple App Store, Windows Marketplace and also on Google Play Store. Tango is available for free of cost on iOS and you can get registered on it in a matter of few seconds. You can invite your friends through email or a text message to join you, all with a single tap. They will receive a personal invitation, and you can connect with them in an instant. If they also have Tango on their devices, the names of your friends become visible to your contact list involuntarily. The contacts on Tango are known as Tango Contacts. You just need to tap that name to connect with them. This is how Tango works.

Tango is called as “all-in-one” social networking app by its developers. Sending messages, group chatting, playing games and making free AV calls are the core features of Tango. It is available in 212 countries and is used by more than 145 million people worldwide, claims its official website Tango.me.

Founded in 2009, the dance-named company Tango is one of the few video chat apps available on iPhone, iPod Touch as well as Android. The California-based company was founded by Uri Raz, and Eric Setton, who are CEOs and CTOs respectively, of the company today. Making a call is termed as “doing Tango” in the company’s dictionary.

Uri Raz speaks about his product in a casual way, “My daughter is in college, so we Tango daily. I knew she is chilling near a bonfire at the seaside and wanted to Tango with her and make sure she is alright. It was still day out, and I could see her friends and the deep-sea crystal clear behind her. They requested me if I could show them the last remaining moments of the live basketball on television, so all of her friends saw and rooted for their side from the seashore itself. It was very humorous and then I imagined diverse ways mankind will be Tango-ing in coming years.” 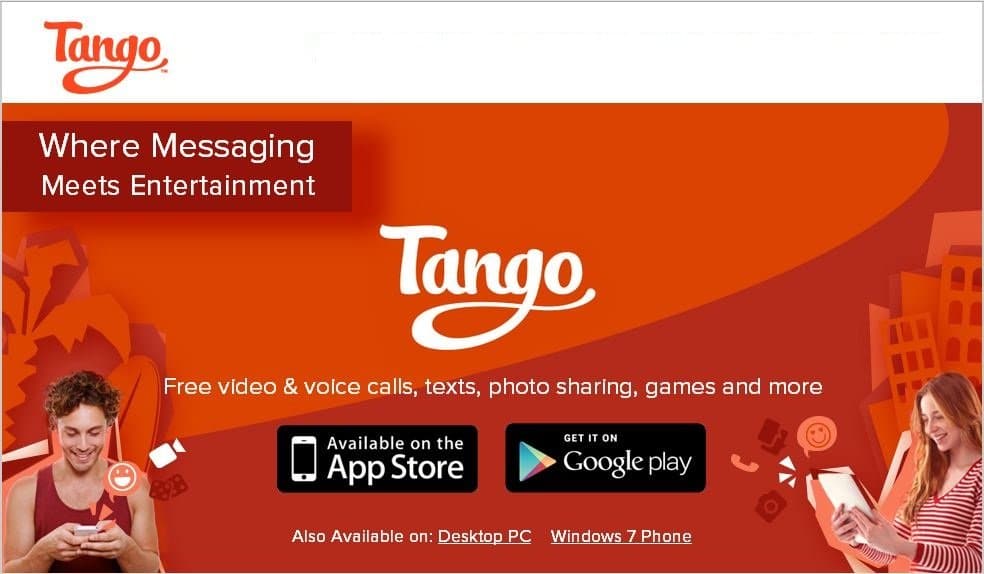 Tango is available on Google Play Store and is rated four and a half stars on a scale of five. On the App Store, it has a decent four star rating. It is one of the best applications for video calling, depending on your network speed, of course.

Although there are some critics of the VOIP software, they say with new versions it may address those issues. Alex Colon, an analyst for the PCMag Mobile team, writes in his review, “Although Tango is compatible on most platforms; better compatibility doesn’t mean better functionality. Unfortunately, Tango doesn’t possess what it takes to its rivals.”

Kenneth Butler, Laptop Magazine simply compares it with Skype 3.0 and says it needs to improve a lot to match Skype.

“Skype 3.0 is my current favorite in video-chat app, Tango is good, but it needs to improve its video calling clarity.”

Well, all said and done, Tango still remains a free application download on the App Store and it is worth trying once.

What do you think?