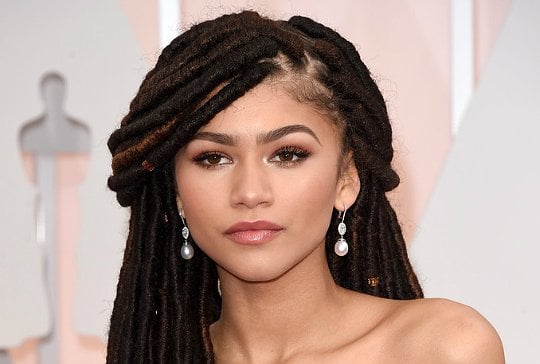 It’s common knowledge that social media platforms provide two-way communication between celebrities and their fans. Katy Perry tweets to 65.8 million followers and Kim Kardashian shares Instagram pictures to 26.9 million followers. While celebrities use these channels to share daily activities and promote their latest work, others have utilized social media in more surprising ways.

Here, we see Zendaya user her social media following to share her opinion on the manner, rather than working with her publicist to draft and release a statement to news outlets.  Social media statements gives celebrities more freedom because their quotes won’t be fragmented or shortened to fit the constraints of an article or TV airtime. It also allows celebrities to reach out to their fans in an authentic manner without involving journalists.

Celebrities will often use their social media stage to discourage online bullying between fans. Taylor Swift wrote a thoughtful Instagram comment to comfort her fan.

Taylor just left this comment on Instagram for a fan and I’m bawling in tears so hard right now. #same pic.twitter.com/xD9RzkMBSp

Today, Selena Gomez took a screenshot of her comment to a fan on Instagram to explain her actions and show her support during a difficult time.

I know I meant lives. I don’t care about grammar. I’m sorry I had to share. Every life is worth it.

Without social media, it’s unlikely these celebrities would know about these instances in their fans lives. Using Instagram, celebrities can try to lend a helping hand.

Other celebrities offer unique opportunities for their social media following. Chance the Rapper organizes “secret shows” on his Twitter to excite fans and get the to scramble around to learn more. Additionally, musicians like Beyonce have used social media to share ambiguous announcements about their latest work on Instagram.

How else have celebrities used social media to engage with fans? Who are your favorite celebrities to follow and why? Comment and let us know!