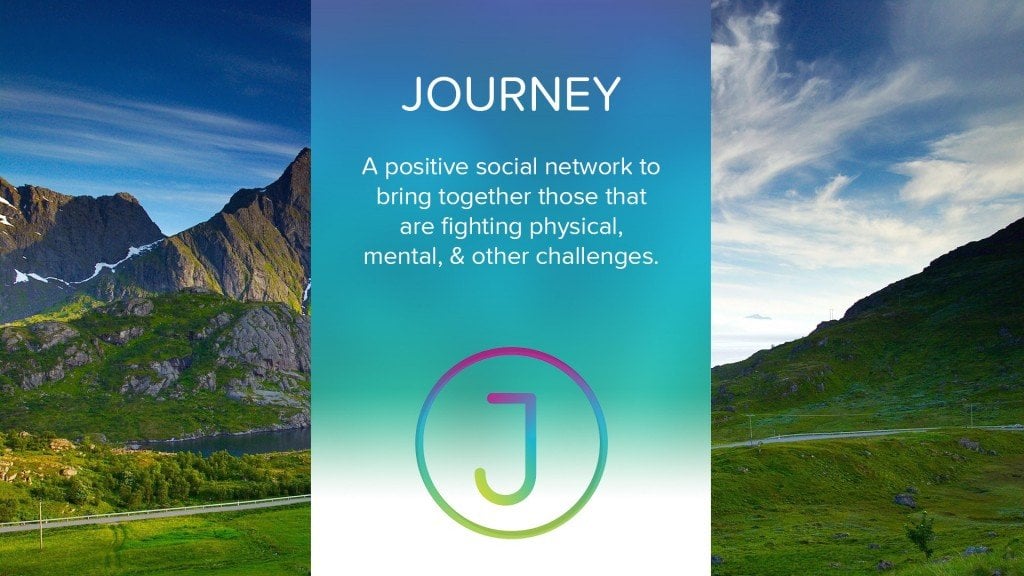 Oftentimes, social media platforms like Twitter and Facebook can be a place that tears people down rather than building them up. According to StopBullying.gov, 15% of high-school kids reported they had been cyberbullied in the past year. That number is likely to grow as more teens spend more time on social media. Trolling is another popular passtime for some social media users, who post inflammatory content simply to get a rise out of others. This is all to say that the web can sometimes be a place that leaves you feeling more down than up.

However, app creators Taylor Martinez and Loren Hall are endeavoring to change that with their new app, Journey, a positive social network app. Journey is a place to “inspire, encourage, learn, and educate.” It takes ques from existing apps like Twitter and Instagram, allowing users to share photos and post short “reflections.” There is a section called “Photos” where users can post and follow a stream of photos, a section called “Stumbles” that functions like a Twitter feed, and a “Reflections” page where users can post longer updates. Users can view each of three feeds with content from people they are following, or explore content based on a location radius. 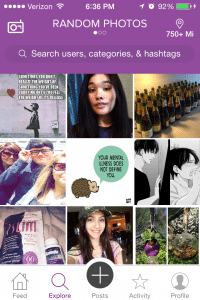 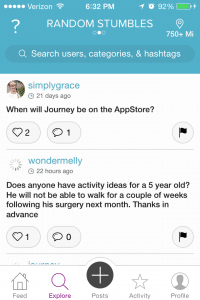 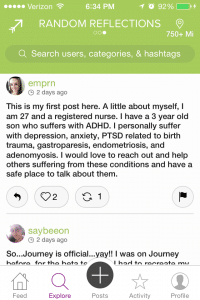 Journey was specifically created as a place for people with mental, physical, or other challenges to connect and create a community. The categories — ranging from cancers to learning disabilities — strive to be include a diversity of conditions, with more being added all the time.

Journey is a place to connect with people who are also living with similar conditions, meaning you could exchange stories and advice with someone who also suffers from, for example, lung cancer, who lives 1,000 miles away, or as Martinez says, you can also find “someone who’s right next door.”

Part of the greatness of Journey is the ability to decrease stigma and isolation that many living with various conditions experience, through sharing experiences with people who deal with similar conditions, and people who don’t. After all, people who do not have any medical, mental, or physical challenges can still join as ambassadors or allies. When a user joins, they can characterize themselves first from some broad categories that include: “Adult with,” “Caregiver of,” “Family member of someone,” “Kid of parent with,” “I’m interested in knowing more about,” and “Support of” (and those are just a few!). For anyone who joins, Journey can provide a glimpse into what the daily lives are like for others, who are sharing from their own point of view the often difficult challenges they face, but in a productive, inter-connected way.

Journey – A Positive Social Network from Journey on Vimeo.

Journey seems like a magnificent way find support in a common community that is dedicated to inspiring and encouraging each other. It is a welcome reprieve from the often less-than-nice instances on other social media platforms (Journey says it will not tolerate negative comments, and if an account is reported as posting negative comments towards other, it will be suspended). It also certainty doesn’t hurt that their interface is elegant and intuitive, and re-packages all the things we love about other apps into one, happy, inspiring package! You can download it now on iOS.