One of the BEST examples of a successful brand on social media is Oreo. That wonderful cream stuffed cookie sandwich knows what it’s doing! Oreo keeps it current, funny, and friendly. They are always interacting with their fans across almost every social media platform. They also break boundaries with some snappy campaigns and statements over the past few years.

Each day from June 25 to October 2, 2012, Oreo released a whimsical image of the cookie redesigned to commemorate something that had happened on that date. On September 27, an Oreo was shown with referee stripes noting that the National Football League’s referee strike had ended. On August 5, half a cookie with red cream and tire tracks symbolized the Mars rover landing. You can see them all here.

Another standout situation is the Super Bowl blackout of 2013. Oreo was on top of that within minutes on twitter! 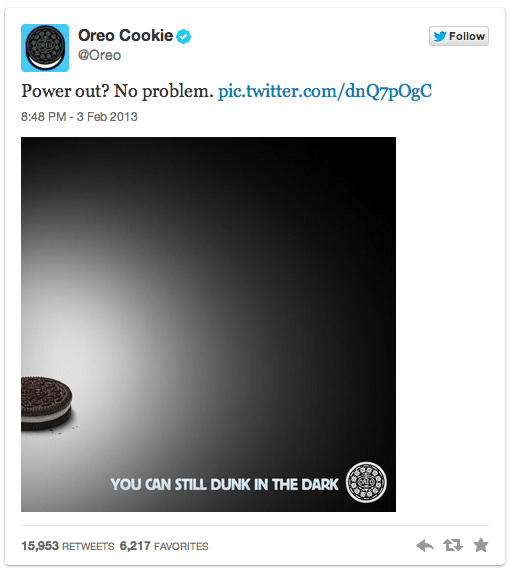 “Fan of the Week” Program & Guidelines

This Oreo Facebook page is a fun, family-friendly community where people can share their passion for Oreo, and where Oreo can interact with those who love the world’s favorite cookie! 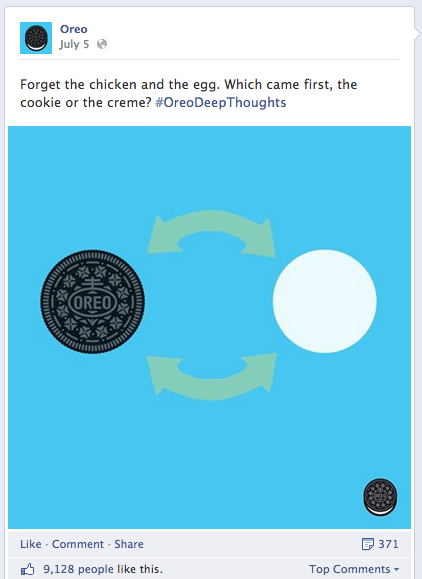 The Oreo Wonderfilled Anthem was just the start, with a video and song by Owl City. Watch all their videos to see more Wonder unfold. Oreo is bringing artists together to make some amazing videos on YouTube.

The cookie you love, filling your world with Wonder 140 characters at a time. 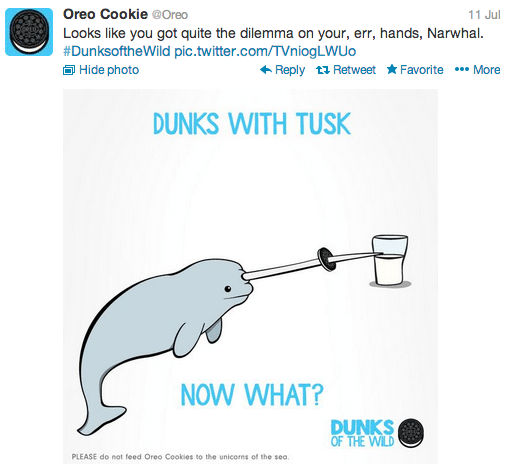 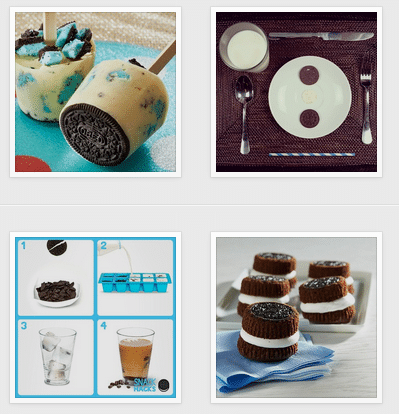 Oreo knows how to work the right angle on Instagram.

Posting pictures of cats and dogs with a rating? Smart move. 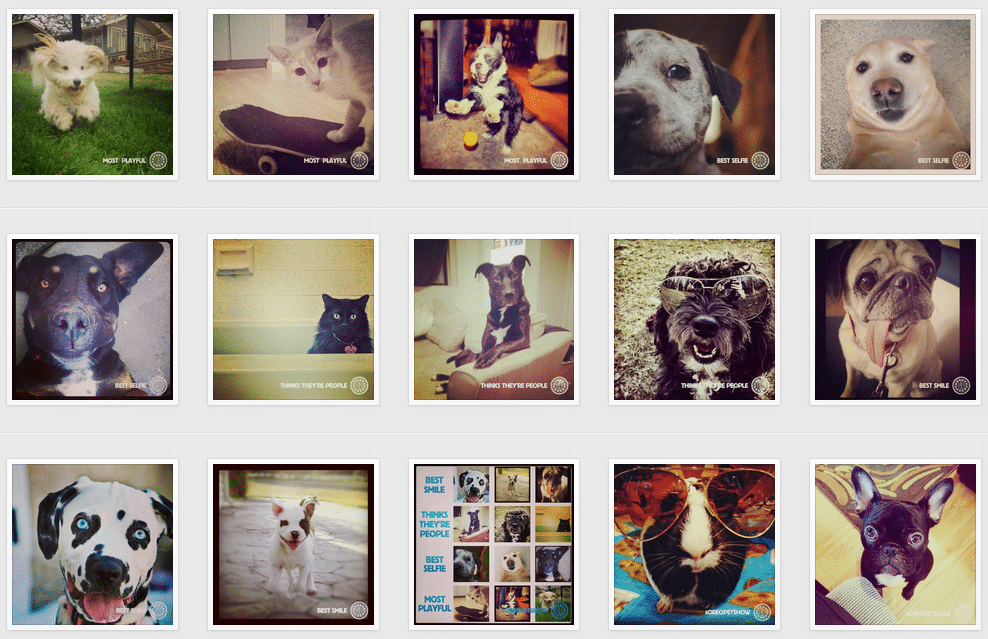 What other brands are ruling social media? Got a suggestion? Fill us in!

According to Shopify‘s oreo article, Consistency and frequency played a big role in the success of both the Super Bowl tweet and the Daily Twist campaign. We agree! They go out to say:

Consider that Oreo’s “You Can Still Dunk in the Dark” message could not have been a viral success if no one had seen it in the first place. If Oreo had 82 Twitter followers instead of 82,000 the ad, however clever, would not have made headlines. Rather Oreo had laid the foundation for Super Bowl success with about 5,000 simple tweets, posted at a rate of about three or four a day, incrementally engaging its customers and building an ongoing dialogue.

Similarly, the Oreo Daily Twist boosted customer engagement because as regular as the sunrise, Oreo fans knew that each day Oreo would post a new graphic and new twist on its image. To apply this lesson, plan to regularly engage on social media. Try to post at least a couple of times each day, and build up your social community.

Great, Looking at all of these social media platforms and posts by Oreo is making me hungry..