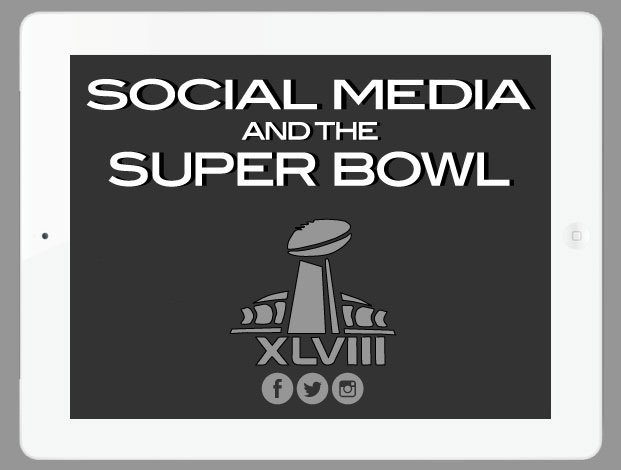 Super Bowl Sunday was on 2nd February this year, and it was in ‘The City’. There was a lot of excitement among the New Yorkers about the fanfare. The teams that were arguably the best were Seattle Seahawks, Denver Broncos, and San Francisco 49ers. Their domination continues on the field as well as on social media. When the regular 2013-14 season came to closing stages, and the intriguing play-offs began, there was a lot of pressure mounting on everyone- players, managers, coaches and fans. It was also evident that it was not only playing field where this pressure could be at its helm, on social media sites too, there were wars of words among fans, team favoring blogs and counter-blogs and so on. Twitter feeds, Facebook posts and Instagram images depicted there was only one thing trending- Super Bowl.

Staring back at the journey to Super Bowl 48, we ascertained a few social media lessons worthy of discernment:

One picture is worth a thousand words

This old-world axiom found to be true in social media during the just-ended Super Bowl season. Writing stories of thousands of words don’t interest people; they look into pictures and try to understand the headlines beneath it. The visual storytelling is great for the world of sports as fans don’t have that much time to read (or waste) what’s written in those long paragraphs.

Craige Howe, digital strategist at Huffington Post, says that by showing the photos on social media and archives stories, teams can celebrate their fan-following through their accomplishments and achievements in the past season. It also looks visually good and makes one interested to notice the inside peeks through images.

Now this is very clear by its definition itself. The intense rivalries make a greater spectacle, and when the two best teams face-off each other, the interest of fans is at their zenith.

Howe further says that it is not because they are passionate followers of their team; the fans just want that “their” team should beat the other best team to firm its credibility. There’s an emotional bondage regarding budding rivalries.

Say, for example, 49ers versus Seahawks game, perhaps generates more enthusiasm than any other game. That is why the stakes are so high in such games as emotional quotient is high. And so is the buzz regarding around it.

Scott Klienberg, social media editor at Chicago Tribune holds the opinion that there were more audience responses to the official websites of the individual teams than popular websites Facebook, Twitter and all. While any Facebook post regarding Super Bowl may be influenced by personal opinion, the information on the official website provides accurate statistics and facts and is termed more reliable. Also, the teams are hiring talented PR agents who build their websites in a way that it is easier for fans to communicate directly, rather than on any other platform. That is why successful teams like the Seahawks, Broncos, and the 49ers have paid attention to fan-communicating and response measurement and build their websites very user-friendly. Thus, it has helped them to firm-grip their already loyal fan base.

These were a few social media lessons that we came across during the 48th Super Bowl season. Weren’t they worth noticing? What do you think?