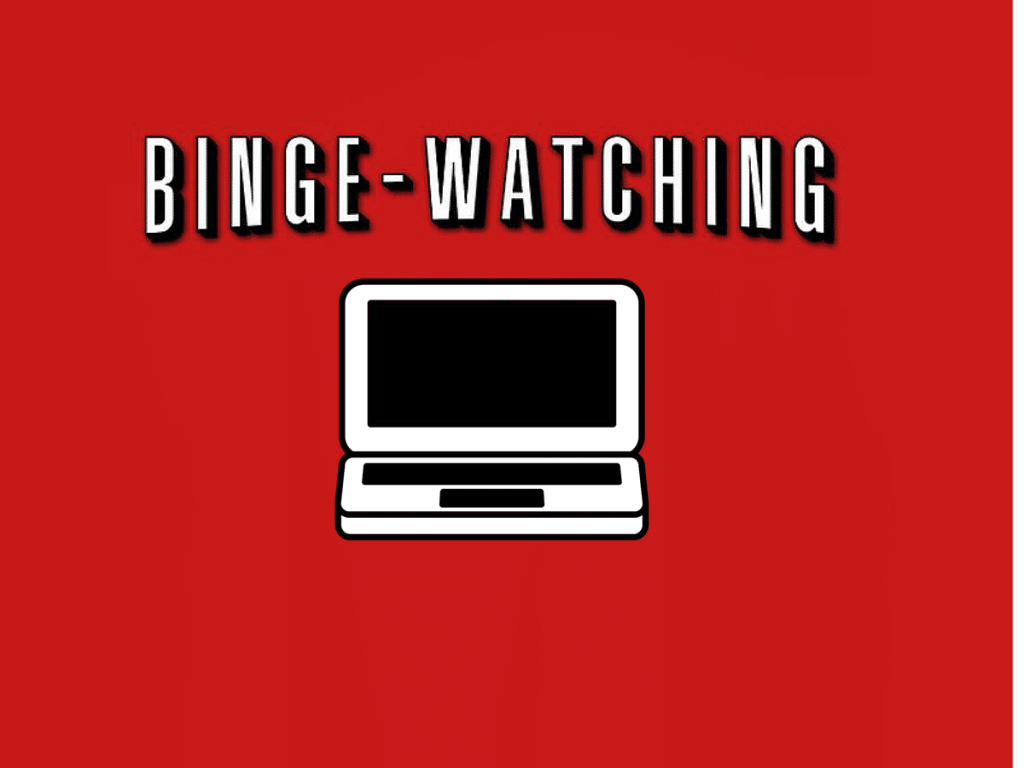 Netflix is all over social media. Whether talking about their latest “Netflix binge” or talking specifically about a favorite Netflix show, fans create a lot of buzz about the online streaming service. While many companies would love to capitalize on brand ambassadors promoting their services, Netflix misses the chance to engage with customers on Facebook. However, where the Netflix brand lags, some individual Netflix shows shine. But should a brand fall behind its micro-brands, especially on the largest social network in the world?

Netflix’s social media strategy exclusively pushes promoted content. In other words, rather than engaging with current events or acting as a thought leader, Netflix uses social media to advertise.

These promotional posts include trailers, quotes and visuals. While loyal fans will generate engagement, the posts lack imagination. After all, it’s just recycling existing content from TV shows for social media. Therefore, it’s not as exciting and engagement-worthy as original content. Furthermore, the Netflix Facebook page is rarely updated. Since the new year, there’s only been five posts on the page. The lack of updated, original content only gives Netflix an average of 1,120 Facebook likes per post— when 15.7 million users following the page.

On the other hand, Orange is the New Black shares animated videos, graphic designs and other engaging posts with unique content exclusive to social media. And these updates continue well past new season’s release. In comparison to the Netflix Facebook page, the Orange is the New Black’s five most recent Facebook posts have earned an average of 5,455 likes with 4.7 likes. This page demonstrates that putting time and energy and social media will transfer to a higher engagement rate. 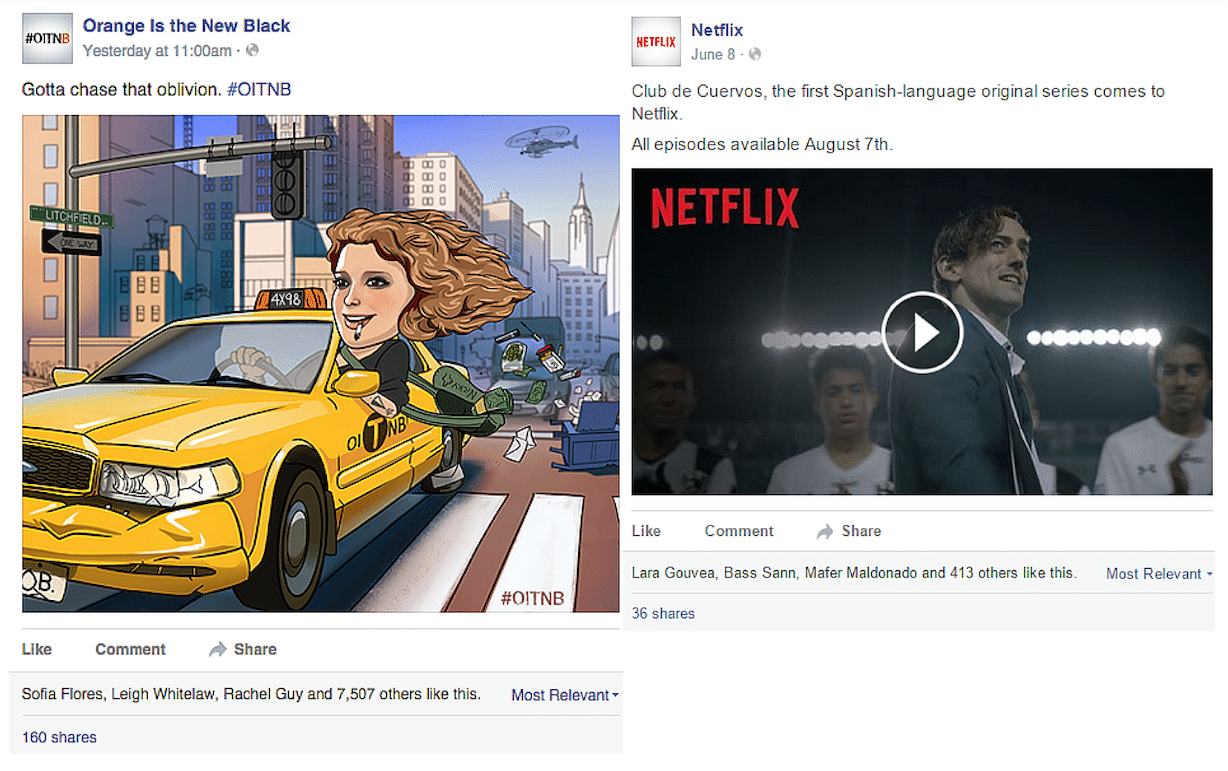 What’s even stranger about Netflix’s social media strategy is that Netflix invests much more in Twitter than Facebook— for no apparent reason. After all, Netflix only has 1.49 million Twitter followers. The Netflix Twitter has multiple posts per day and features a variety of shows. While the Twitter account also self-promotes too much, it’s the case that something is always better than nothing. At least Netflix should cross-post, or put their social media team member on Facebook to see if it’s a better platform in terms of outreach and engagement.

Furthermore, it’s not like Twitter is prioritized for every Netflix brand. While Orange is the New Black serves as an example of a stronger Netflix micro-brand, House of Cards demonstrates another poor social media performance. The Twitter account simply tweets lines from the show (not even with quotation marks or images). Over all, Netflix’s social media strategy lacks clarity, and ultimately hurts its Facebook presence.

Netflix social media strategy needs proper evaluation, scheduling and content. To prioritize Twitter over Facebook, with a difference of 14.2 followers, seems negligent. It’s not as if the two platforms greatly differ in what they can offer brands since both have text, photo, comment and share capabilities. As Netflix continues to expand into new business opportunities, like offering more shows and streaming in different countries, it’s best to improve the social media strategy now rather than later. As a Fortune 500 company, it’s time Netflix owns it’s social media presence and invests in creative and current content. Are you surprised that Netflix has such a poor Facebook strategy? What are your thoughts?