Why You Shouldn’t Buy Followers On Social Networks

Social networking sites are at their best apparently for business endeavors; a worldwide forum for efficient marketing and collective feedback. In fact, such level of global connectivity makes for a fool proof plan of buyers to check brand reviews on Facebook or Twitter before buying anything. What businesses require now is a huge referral value to get an edge in the market. Not an issue because this too is at the service from many companies selling followers for social media pages.

A simple Google search lists a number of websites that promise businesses 10,000 likes or recommendation. This can boost a brand’s visibility and attract customers like sheep. However, buying followers on social media is not beneficial. Reasons being that in the real world numbers aren’t everything. It is flattering to have a large number of fans and followers on there, but they are of no use if you do not involve with customers. Fake accounts on social media sites have enabled creating the illusion of real followers who actually have no interest or engagement in your agenda. To back up these with tangible customers could become a hectic and unworthy chore.

The main purpose of having followers on Social networking is to spread awareness about your product, and have consumers engaged into the business venture. This Edge rank on Facebook steps down when there is a low engagement condition, which arises usually after buying follower. As a result, it becomes difficult to get your posts in the news feed of even your genuine followers. 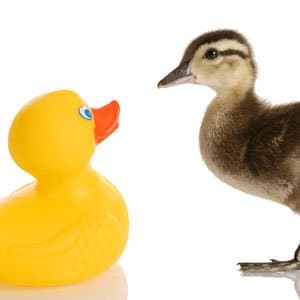 Though 72% of consumers buy products relying on the social media image of the company, adoption of any scams for increasing followers is easily caught by a sudden hike in the digits. This can cause a company to go back to square one in re-building brand’s goodwill and impression. For instance, politician Newt Gingrich had suddenly acquired more than 1 million followers on a site. Later investigation discovered the 92% of them were fake followers, and this left a poor image. Ouch.

Thus, buying followers on social network could cause a lot of harm. At times, it may work out on luck, but at the end of the day it is scamming one’s own business. A better alternative would be to spend money for advertising products on social networking sites. Creating buzz and awareness online is a process which requires sufficient time, effort and dedication. No convenient shortcuts are available.