Following the introduction of hashtags in June, Facebook have introduced embeddable posts in an attempt to inject itself into more public conversations.

Facebook chose to use a status update from the British Monarchy about the royal birth in it’s announcement, as an example of the new feature. 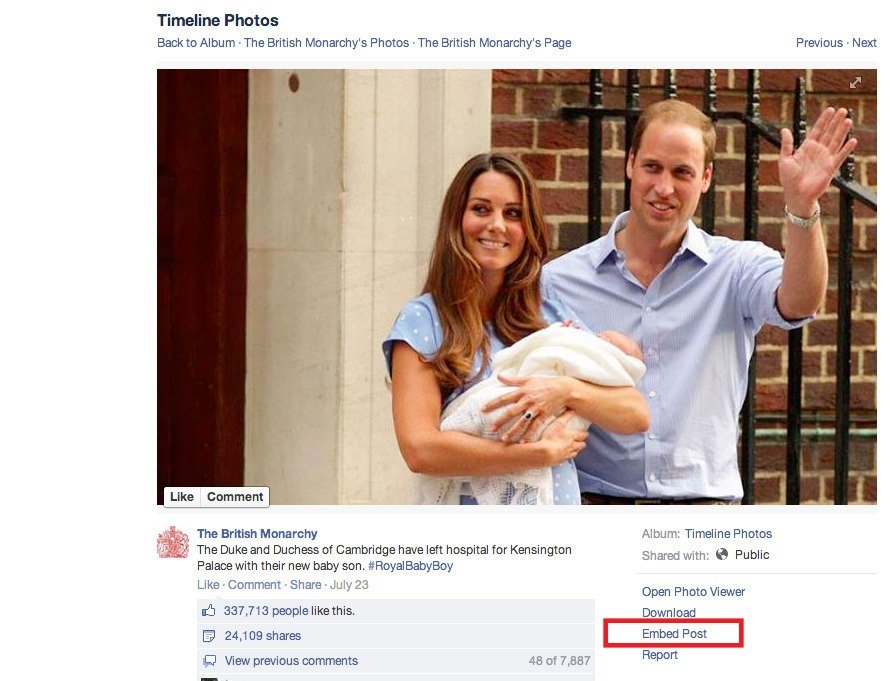 A handful of media organizations have been granted early access to Facebook’s latest feature including Mashable, CNN, The Huffington Post, Bleacher Report and People Magazine.

The reason? To provide more inventory for advertisers who want to reach people during live events, such as the Super Bowl or the Oscars.

In order for a post to be embeddable, a post must be public and although 72% of Facebook users set their posts to private, that still leaves 28% of the 1.1 billion strong social media network open – a viable alternative to the leader of such opportunities, Twitter.