Pinterest is a tool for collecting and organizing the things that inspire you. According to ReadWrite, Pinterest is unique among leading social networks because its founders didn’t determine how people would use it. Users determined what Pinterest was for.

It’s not common knowledge that Pinterest, which is usually perceived as a feminine social network, was actually cofounded by men. But instead of the founders determining its use, female early adopters, including CEO Ben Silberman’s mom, populated it with content that gave it the fashion-savvy reputation it has today. If men had discovered it first, it’d probably be used very differently. 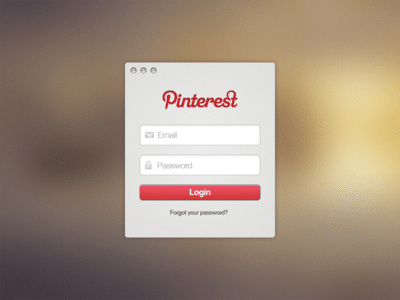 What are you waiting for?

Short of the terms of service, there are no directions about how to use Pinterest. That’s probably why Pinterest as a bookmarking service has grown so steadily despite getting far less coverage than its use as a fashion- or design-sharing tool. To people discovering Pinterest for the first time, visual bookmarking just makes sense.

To prime your browser for one-click Pinterest bookmarking, install the Pin It button. To see what others are sharing now, a cursory search on Pinterest for pinboards titled “articles”, “pin now, read later,” “articles to read” or “news” will give you a good idea of how much bookmarking is used. Another trick: try going to http://pinterest.com/source/NameofWebsite.com, with your preferred site address at the end of the URL, to see just how many people are bookmarking your favorite site for future reading.

Unlike a tweet or a Facebook status, each which stays relevant for less than a day, pins have enduring long tails that keep them clickworthy for months. Or as a Pinterest spokesperson said in an email:

Pinterest is unique to other services in that the article is easy to save on a board and reference it later, and is easily discoverable over time, as it doesn’t fall off the page. On other platforms, news is valuable but legacy content goes nowhere. Great content lives on in Pinterest and old stuff is rediscovered all the time.