Nike takes over the internet with #airmax 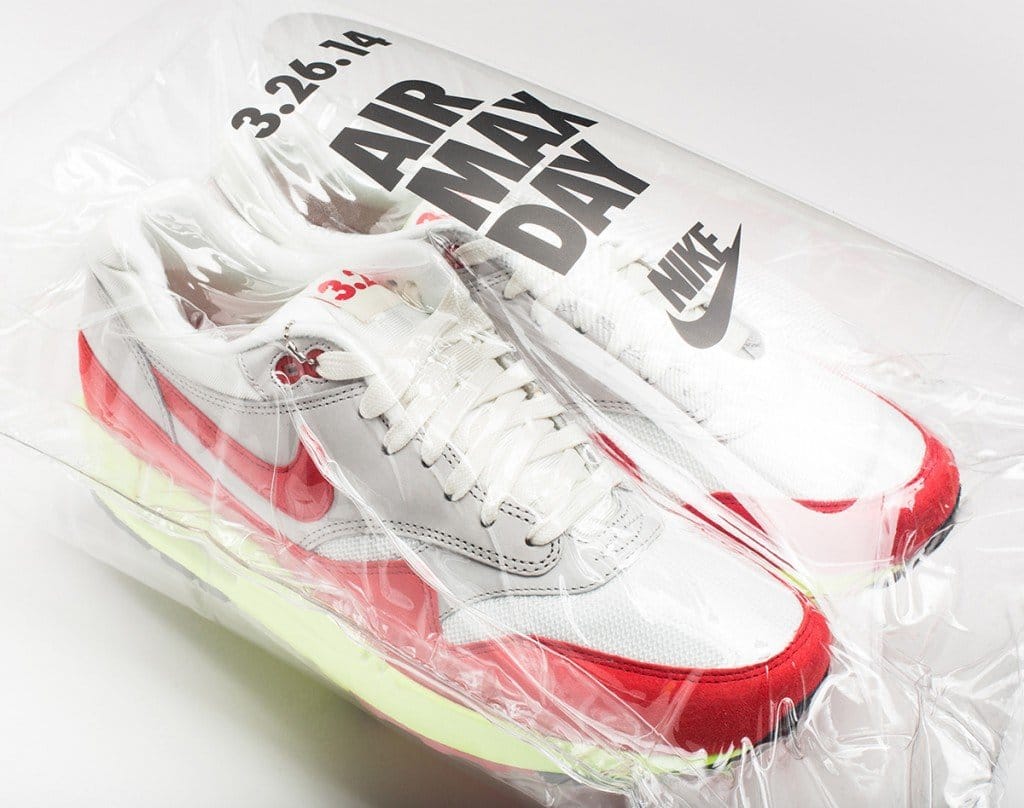 Last month, Nike took over the beautiful world of the internet. With their Nike Sportswear account, they gave huge visibility to welcome the all new Nike Air Max, the iconic sneaker that showed itself again with a new design and to celebrate the previous timeless models.

First, they took their fans on a journey across the rich history of the popular sneaker model with some cool pictures of the sneaker along with the year they were released in. For some people, that was pure nostalgia.

Back to the blueprint. #airmax

It’s obvious that Nike spent a big budget on really good visual storytelling. They also used 15 second videos that were crisp, arty and most of all: just cool. Nike understands Instagram and went all in on the mobile social network, where visual is key. In these Instagram videos, they told people to wear their air. The coolest part was that every little detail in the shot reminded us of the sneakers. Kudos to the creative team! 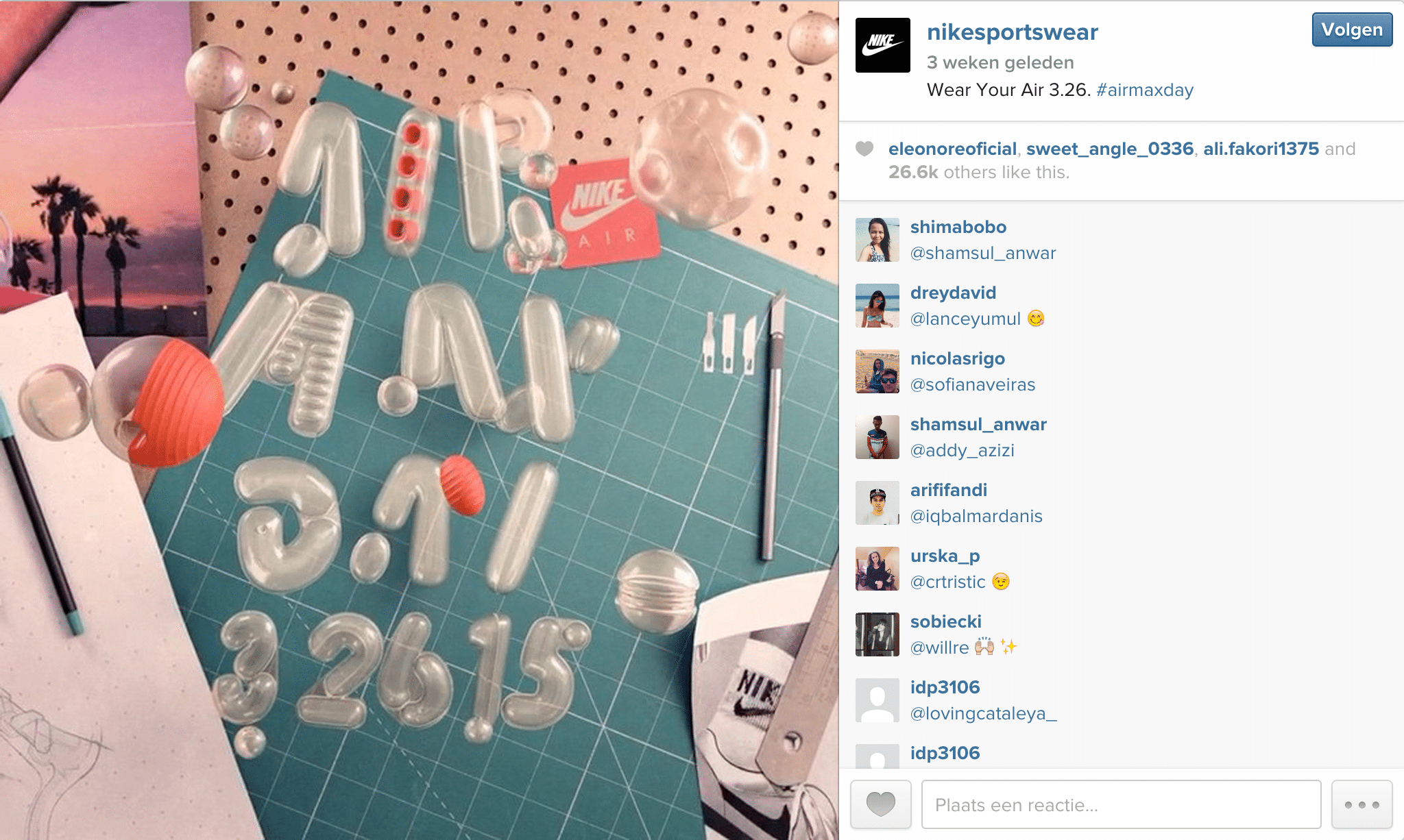 Nike encouraged people to wear their beloved sneakers on the 26 of March and snap a picture of them using #airmaxday. The brand itself used pictures and cinema graphs to spread the word. Don’t know what a cinema graph is? Cinema graphs are the new cool things on the internet. They are visuals where pictures and moving images are combined, which gives a really cool effect. This food blog has some really cool examples.

Videos were made in New York City, Amsterdam, Rome and many other cities. Together with some personal copy to the people living in those cities ( in their native language!), they made some really neat posts. Here are our picks. 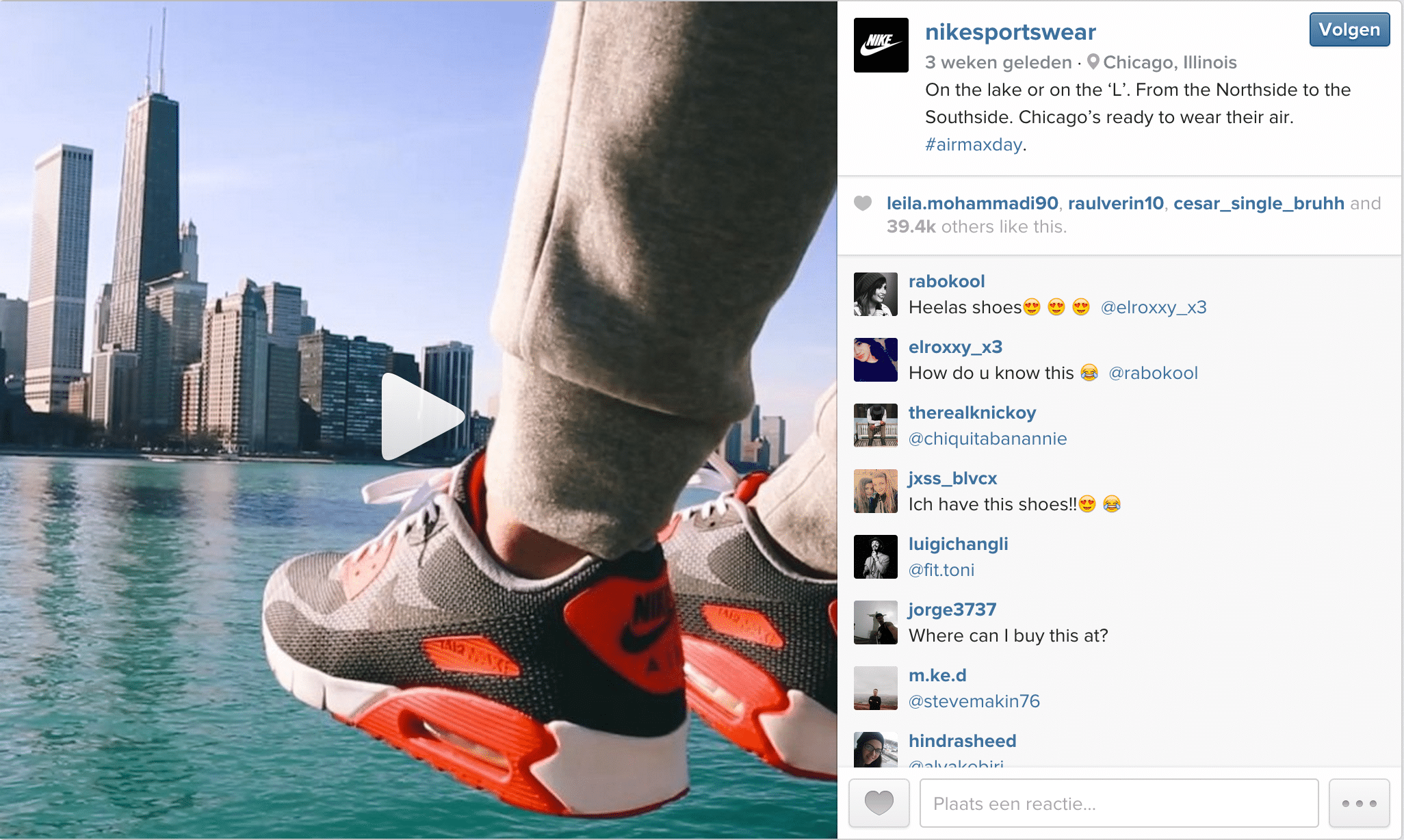 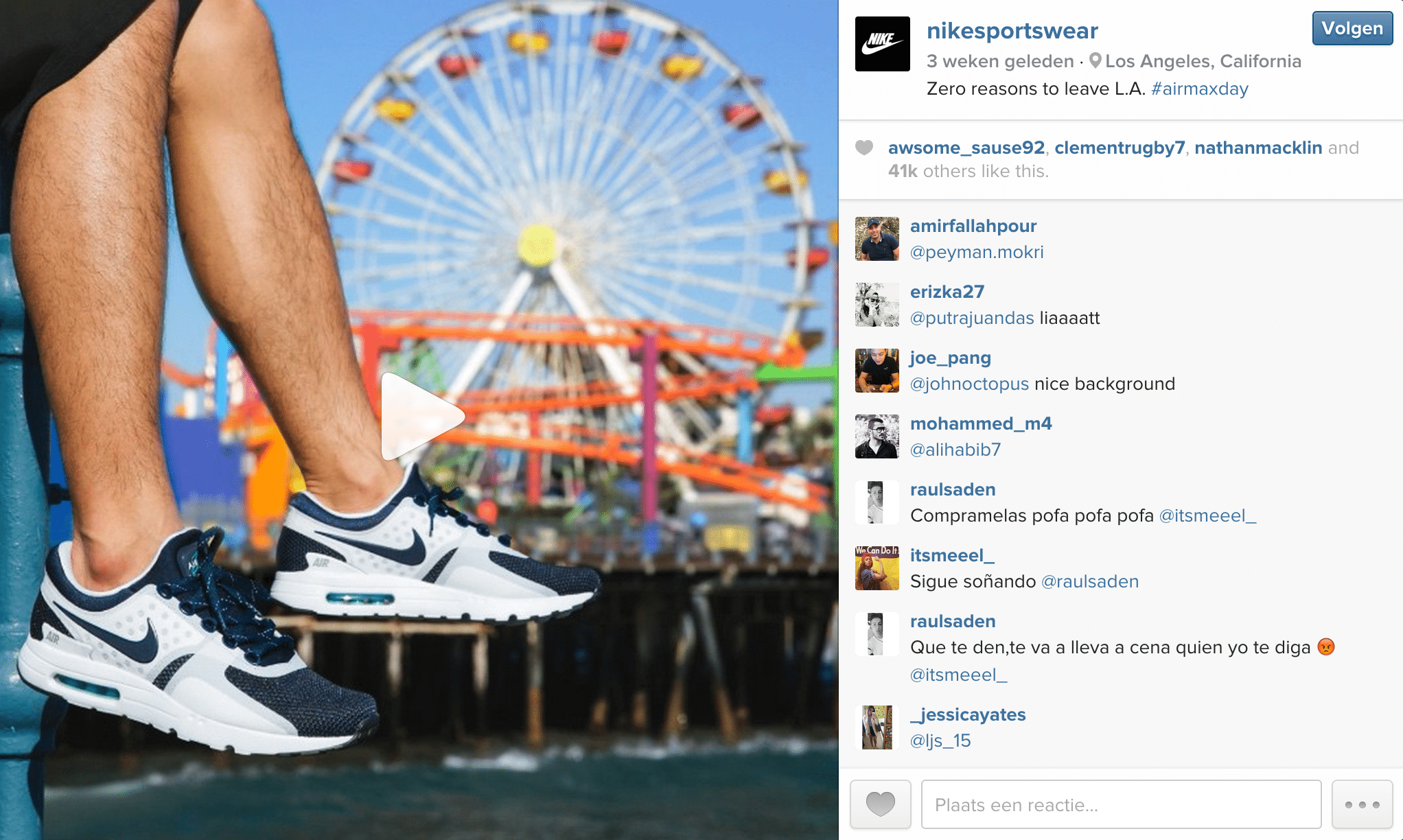 Many people from all over the world participated on #airmaxday. The perfect occasion to celebrate the existence of the famous sneaker. Nike monitored the hashtag and made a 15 second compilation of some pictures. This was the end result. 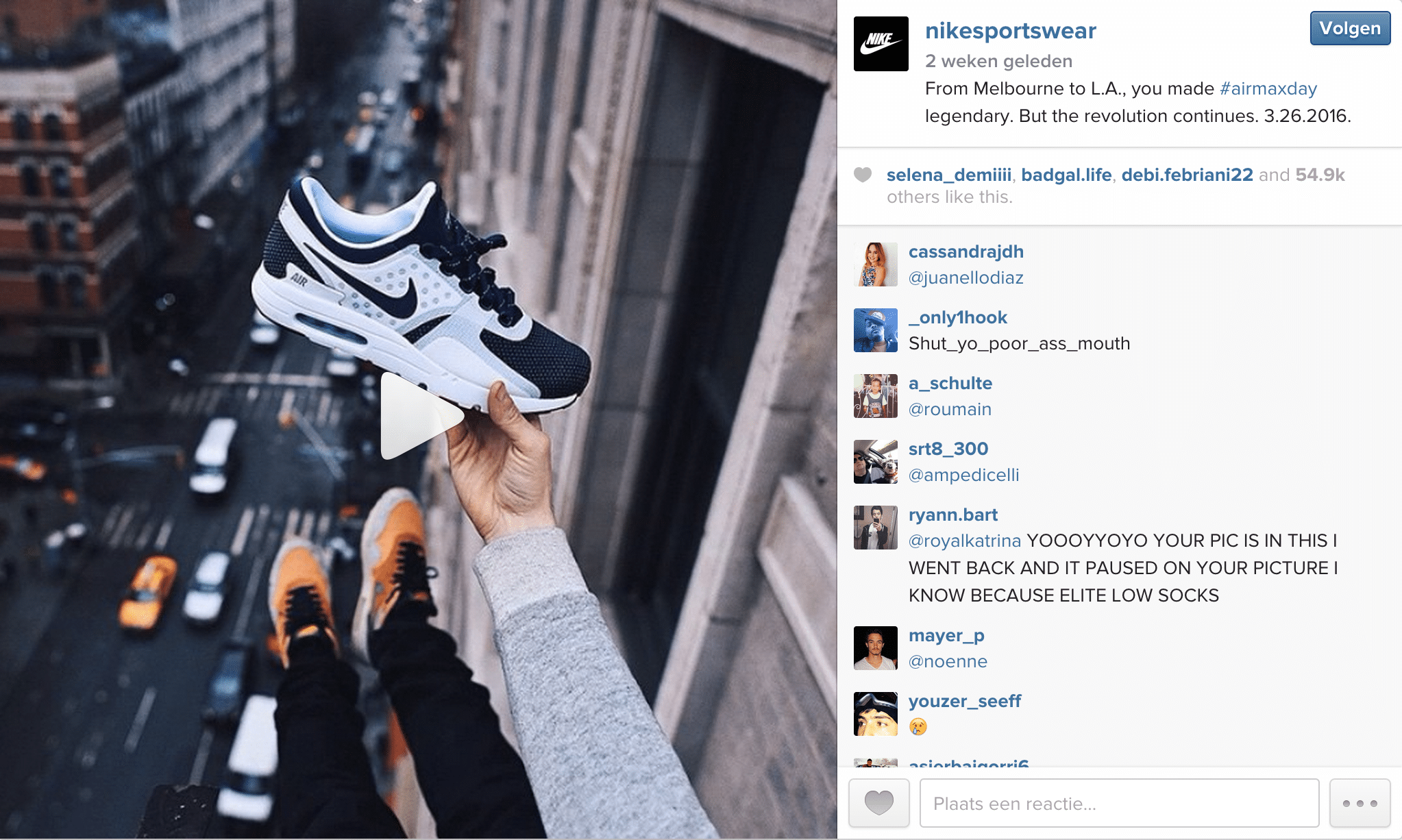 To give the release of the new Air Max even more power, Nike also cooperated with famous sportsmen- and women. 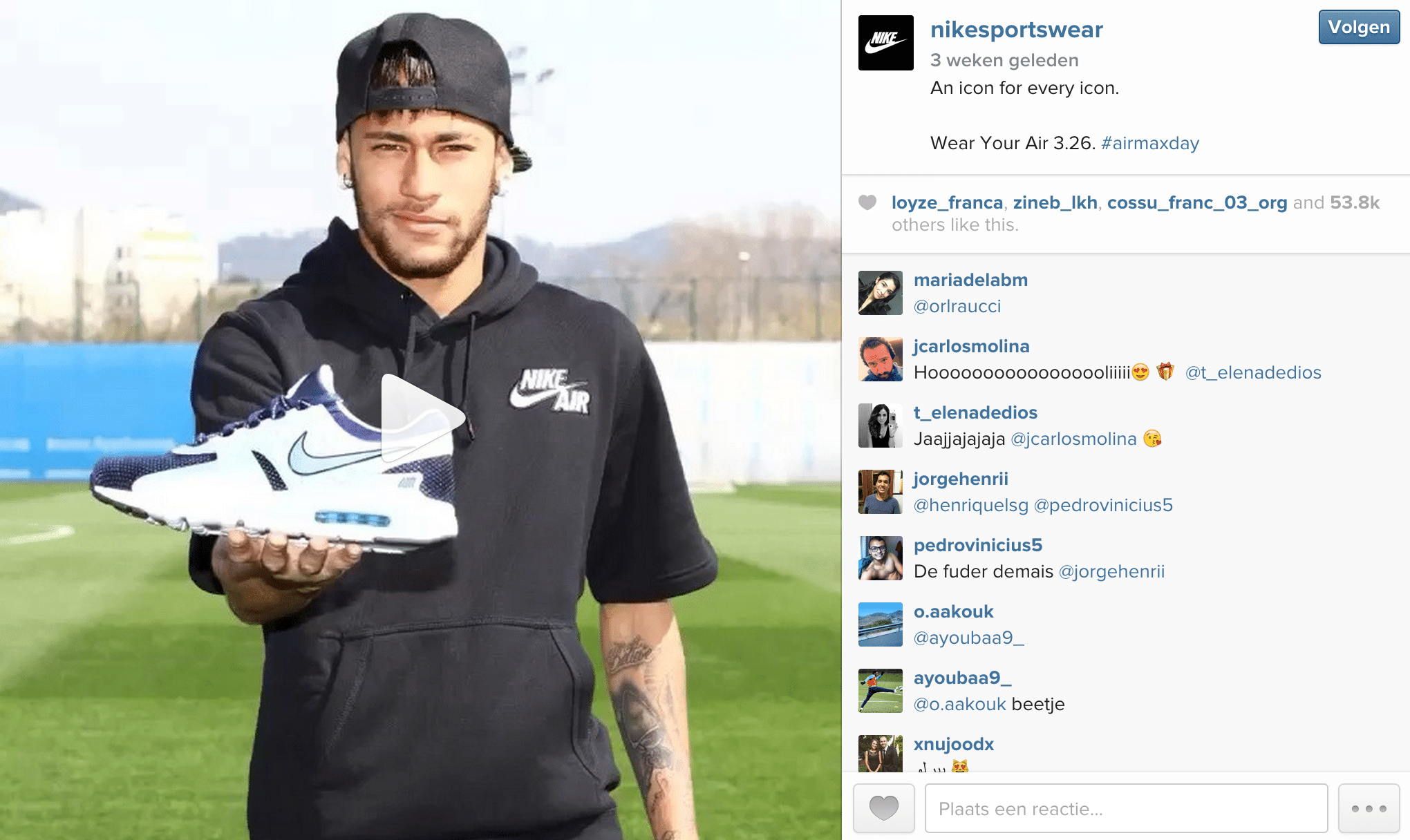 We can conclude that this campaign created a huge amount of awareness and some great visuals, which everyone enjoys. And oh yeah, do us a favor – go to instagram, type in #airmaxday and enjoy the pictures.