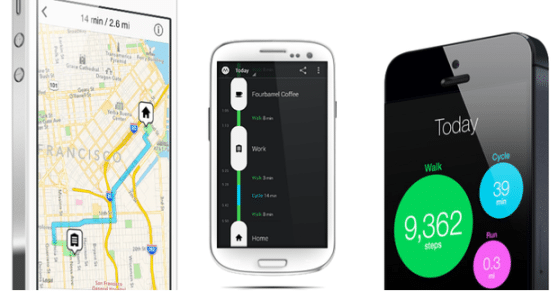 Facebook has acquired a new fitness tracking app that can tell you exactly how many calories you have burned and where you walked.

Although the details of the deal have not been disclosed, it is understood that the fitness app, known as Moves app, was created by Helsinki-based ProtoGeo, and it uses smartphone’s built-in sensors to track the number of calories burnt as well as other physical activities.

Although Facebook has revealed in the past that it paid $2 billion to buy Oculus and $19 Billion was spent on WhatsApp, it has remained lip tied on the amount it spent on ProtoGeo.

The Moves App website made an announcement that the app will continue to operate as a stand-alone app and that there are no plans to co-mingle its data with Facebook. In short, nothing is about to change any time soon, as far as functionality is concerned.

Meanwhile, Facebook said it was looking forward to helping the app, which was built by the Moves team for the millions of people who want to understand their daily fitness activities, to continue gaining momentum in the market.

The major strength of the app is that it runs in the background of the users’ phones. According to the company, the app has been downloaded more than 4 million times for Android and iPhone phones.

Many experts say that there is a lot of money to be made from health and fitness technology, and that is why we are seeing a lot of smartwatches and a range of fitness bands on the market. Apple has already launched its own smartwatch while Google also launched software for wearables last month.