Meerkat: is it a hype or just a very good idea? 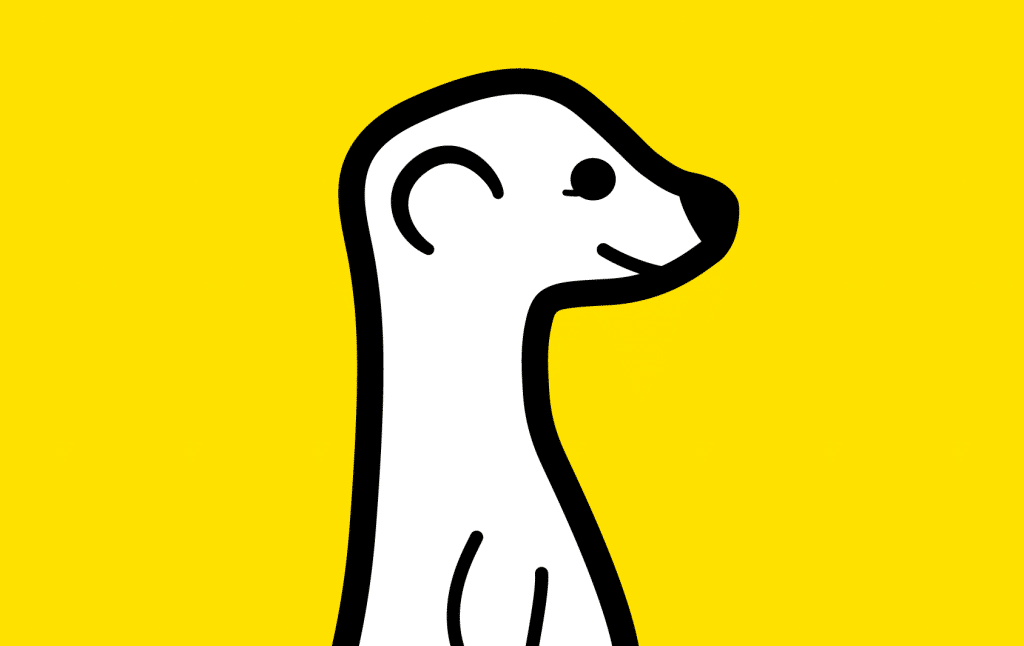 Have you already checked out Meerkat? One of the hottest apps of the moment? No? Shame on you.

Meerkat is a video/livestream-based app, fully integrated with Twitter. Meerkat uses the social graph of Twitter – which gives them instantly a big user base to work with it. The application appeared on the web a few weeks ago. It seemed like Meerkat was doing really well when suddenly Twitter bought another application, named Periscope, a competitor of Meerkat.

After that takeover, Twitter made it impossible to automatically follow the same people on Meerkat than on Twitter. Obviously this was an issue for Meerkat because they now had a problem regarding discovering and following other people on the platform. Luckily for them, their user base had already reached a large number of people before Twitter tried to end their party!

The founders said that the Twitter issue made them think and decide even faster. They’re planning of rolling out new features and an Android version soon.

You basically sign in with your Twitter account. After doing that, you’ll have the options to schedule your video stream or just start it right away. When you start your livestream, a tweet will automatically be sent out to your followers. You’ve also the option to watch a stream, of course. After you’ve finished your stream, you can save your video for further use.

When you watch a livestream you can, besides liking the stream, also directly comment on the stream (which will also appear on Twitter, so watch out!). 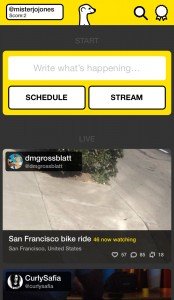 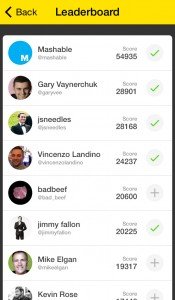 Why should you use Meerkat?

These following persons/brands are the early innovators to involve themselves:

Founder of Wine Library and VaynerMedia in NYC, this guy’s always one of the first to use new social media channels and put them to the test. We’re very curious what Gary will do with Meerkat. Below a little talk between Gary and one of the Meerkat founders, Ben Rubin.

QUESTION: Would you use Meerkat in your every day life?

Meerkat was excessively used on SXSW by the founder, Pete Cashmore. Even after SXSW, back in NYC, they used the app during a discussion about Tesla. They even gave us a quick tour on the office and showed us some products they were reviewing. Very cool. At the end of the stream, 1322 people were watching. 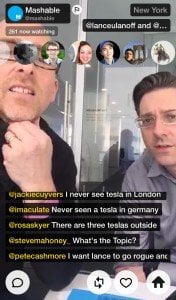 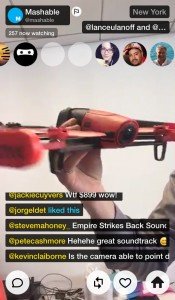 The famous energy drink brand livestreamed one of their Snowboarding Events, which has been watched by 338 people. Not bad, for a first.

When we think of streaming, the name Spotify pops up. The music streaming service already used Meerkat to cover small parts of some live performances. We are curious to see what they’ll do next.

In conclusion, we can say that Meerkat is a hot topic these days, especially thanks to SXSW, where many influencers used the application quite often. Although Meerkat had a lot of buzz, we don’t know how the app will evolve. Twitter bought a big competitor and another live streaming app, Stre.am, went also online during SXSW. So it all depends on how clever Meerkat tackles the challenges they face.