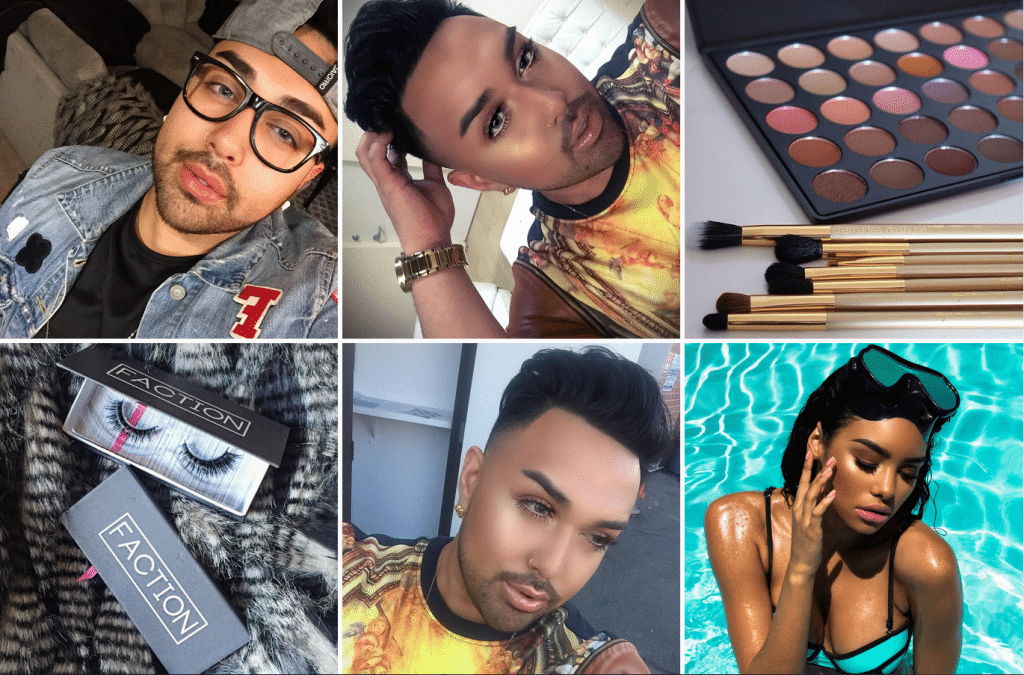 How can a makeup enthusiast from “small-town nowhere” go from occasionally posting videos on YouTube to becoming a makeup artist mogul?

The power of social media and dedicated followers certainly helps the ascent to fame for many successful makeup artists today. Beyond admiring their beautiful looks, we can also learn a few things about how to successfully gain and engage with followers online.

Here are makeup artists we’ve found who have fabulous social media savvy — whether you’re looking to improve your own social media skills or  if you’re just looking for new makeup tips, these accounts are the perfect place to start!

Wayne Goss is an Australian make-up powerhouse who knows exactly how to title his videos to draw viewers in. “Contour and Highlight Like Kim Kardashian,” “The Most Amazing Foundation Tip You’ll Ever Learn,” “5 Mascara Mistakes We All Make – And How to Correct Them!”….Goss is a big believer in buzzwords and hype, but it works for him. He has over 2 million subscribers as well as a line of make-up brushes. He is smart about engaging his YouTube followers by varying lengths of his videos from watchable 2-minute clips to longer tutorials for more dedicated users. 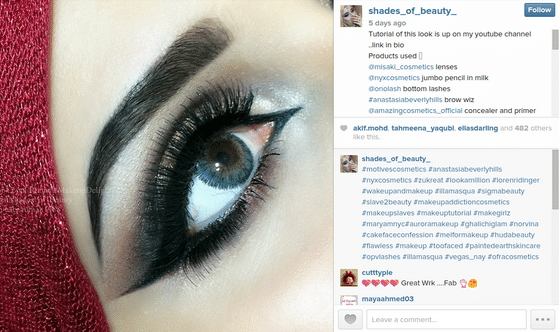 Rumah Saad showcases beautiful Arabic-influenced makeup styles, with creative eyeliner styles and super colorful eyeshadow looks. She has gained a following on Instagram of 56.2K people who love her dramatic wings and inspiring looks. Rumah’s following is continuing to grow because of her strategic use of hashtags to draw in dedicated makeup fans. She also lists and links to all the products she used in a given photo, giving followers a sure resource for re-creating looks should they want to. 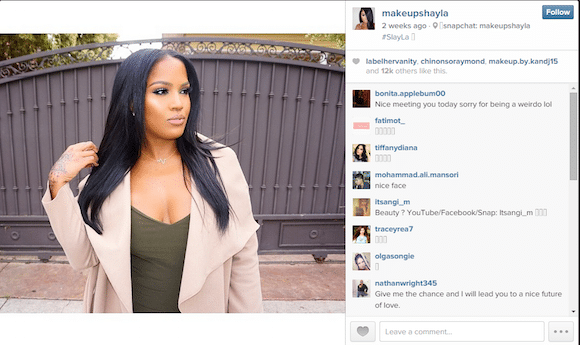 Shayla is a Los Angeles-based makeup artist who has gained 1 million followers on Instagram, her own exclusive false lashes sold by FlutterLashes, and a series of popular online make-up classes. She is slaying the game, and in fact, has her own hashtag — #SlayLa, a play between her name and the slang “slay.” She uses her Instragram account as a platform for sharing information about her online classes and inspiring make-up looks but also her fashionable outfits and workout routines, which results in a well-rounded account that has diverse content for many types of users to engage with. 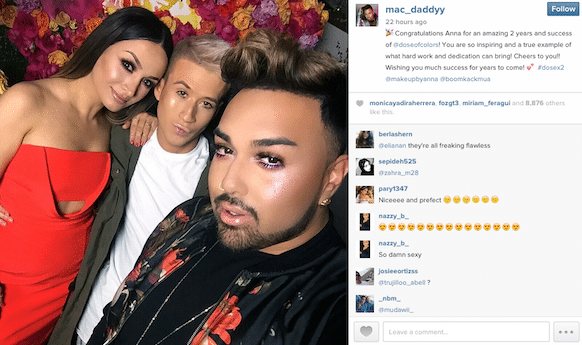 Angel Merino, also based out Los Angeles, has started his own makeup line called Artist Couture which is bolstered by his online fans. Angel is a believer in rocking his own makeup looks, which makes his glowing face certainly stand out. He is known for his extra-glowy contouring skill that result in air-brushed-esque perfection. Angel uses social media to stay connected to his fans, give them personal updates, and sassy videos. He is the king of Instagram video editing, which draws in a lot of attention; a well-edited, fast but informative makeup tutorial is a perfect way to catch users attention and satiate their curiosity about how a certain look came together.