LinkedIn provided a graphical breakdown of their members: 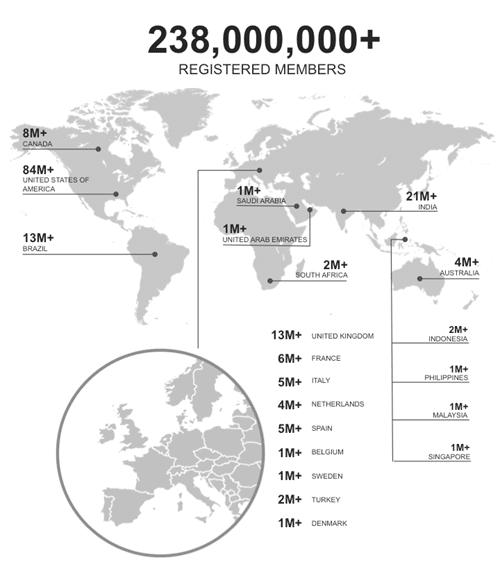 Here is also a really great infographic that breaks down some statistics about LinkedIn in 2013: