KLM lets you pay for your flight via social media now

Until the time KLM introduced payment options, customers were already able to arrange extra services, but make payments over the telephone. Over the time, customers regularly indicated that they would like to make payments online through the social media channels.

This has enabled KLM to provide an even better and more convenient flight service. 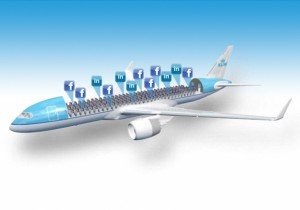 KLM sends a private message to the customer’s Twitter or Facebook account. The customer, through the link, then selects their preferred payment method and completes the transaction. Once the payment has been made, the customer receives a confirmation message.

There are about 130 KLM social media agents that are responsible for answering Twitter and Facebook Queries. The airline has about 5 million Facebook fans, making it one of the companies with the most fans in the world. 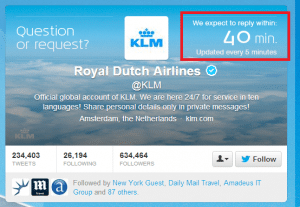 Many people think this is rocket science, but in reality, it is a simple process. Various payment methods are linked to the company’s bookkeeping and refund system. The system was then coordinated with KLM’s customer support. This has definitely resulted to more customer satisfaction.

This also has an added advantage because customers can engage with the airline more frequently. They can also send compliments and complaints to make the airline’s services even better.  In other words, the airline is trying hard to be a one-stop-shop.