In 2013, LinkedIn expanded rapidly as a social network. When asked how LinkedIn has helped them, the most common answer users gave was that the social network helped them research people and companies (75.8 percent). The second-most given answer to the question was that LinedIn helped reconnect with past business associates and colleagues (70.6 percent). The least-given answer was generating identifiable business opportunities at 28.3 percent.

LinkedIn: a social networking website for people in professional occupations.

Our two LinkedIn Golden Gurus are 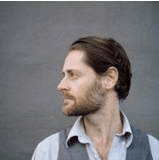 Ryan Holmes is the CEO of HootSuite, a social media management system with nearly 5 million users, including 79 of the Fortune 100 companies! Considered an authority on the social business revolution, Ryan has been quoted in the New York Times, asked to speak at TEDx and became a LinkedIn Influencer in October 2012. Ryan posts about a range of topics, from Social Media marketing to general entrepreneurship and business advice, read them here.

The LinkedIn Influencer program allows select thought leaders to share original content directly with professionally minded LinkedIn users. The program allows users to follow the thought gold of over 300 influencers, without the need to be connected. 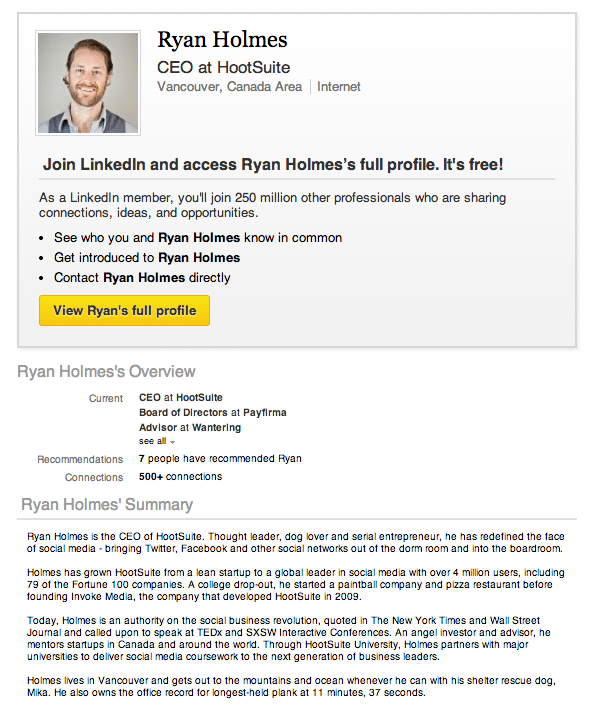 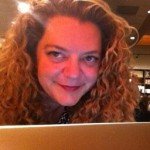 Aptly named the @LinkedInQueen, Eve Mayer is one if the most influential women in social media! Eve is the author of Social Media for the CEO and The Social Media Business Equation. Eve has spoken in over 30 U.S. cities, as well as in Ireland, France, the UK and Iceland to both University students and companies including, Cisco, Microsoft and Purdue.

Eve’s nickname, LinkedIn Queen comes from her knowledge of utilizing LinkedIn for B2B sales and recruitment.  She is ranked number 7 on the Forbes most powerful women social media influencers list and 14th on the overall social media power influencer list. 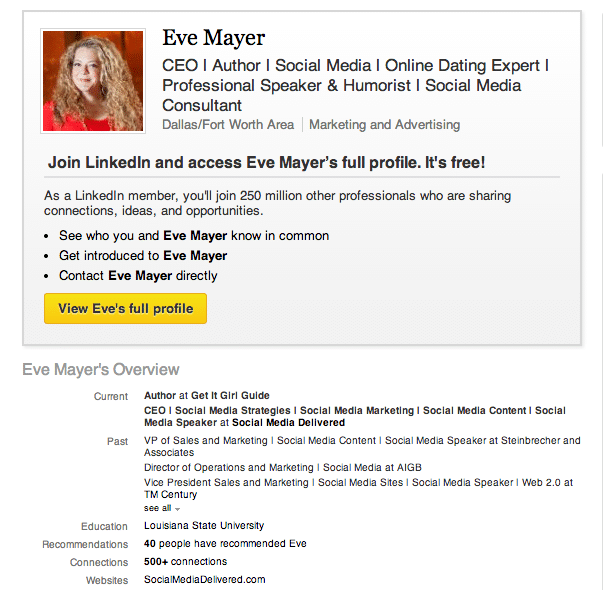