The Future of Social Media

The Social Media World is a trendy and changing world. Especially in the last 5 years is so much changed. Nowadays we use Social Media to connect to potential customers, to reach a wider audience.

The question is, will this continue in the future? There are some visible transformations. For example Facebook, almost 35% of the Facebook users say that they use Facebook less since last year. On the other hand, only 3% says they will use Facebook more in the future. Facebook asks a lot of interaction and effort, maybe this is the reason that the usage of Facebook is decreased. 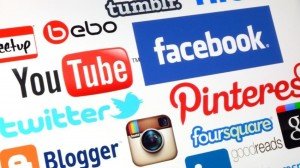 The Facebook usage is decreased, but it seems that social media overall, will continue to rise. Social Media usage is increased by 38% over the previous year and is likely to increase to around 50% by the end of 2013. This can be caused by the increased use of the smartphone and  above all, the mobile industry is expanding a lot.

Of course it is important to be present and active on Social Media but this takes a lot of time too. A lot of companies will be weighing up the benefits of spending their time on social media because as well all know, time is money. It is up to you to make this decision about the fact if it is valuable or not.