At the end of July, Ford Motor Company announced their new plans for hiring – through social media. The Michigan-based automaker said it plans to increase white-collar hiring from 2,200 to 3,000 in 2013. Ford first announced the hiring spree in January. About 1,500 of the now 3,000 positions still need to be filled. Up to 90 percent of the positions are in Michigan, with the remaining positions at Ford locations throughout the U.S.

Ford is using social media to find the best candidates in a sign the automaker is hunting for tech-savvy millennials, a large majority of whom hunt for jobs on social networking sites like LinkedIn, Facebook and Twitter.

Ford said the campaign, which it is dubbing “The Distance Between You and an Amazing Career Has Never Been Shorter,” is an effort to attract talent to its newly-incubated “fresh and innovative image.”

The Detroit automaker says 80% of the new hires will be “technical professionals,” focusing on product development, manufacturing, quality, purchasing and information technology.

Ford and Social Media are no strangers. Ford states on their social site: Awesome stories. Insider info. New ideas. When it comes to Ford, this is the place to learn, share and chat with Ford insiders and your fellow Ford owners. Get the scoop on Ford developments. Learn about upcoming cars or new technology so exciting it sounds sci-fi. Share an idea with our engineers or designers. Tell your favorite Ford story to folks who can truly appreciate it. The conversation’s already happening here at Ford Social. So Jump in and get started. 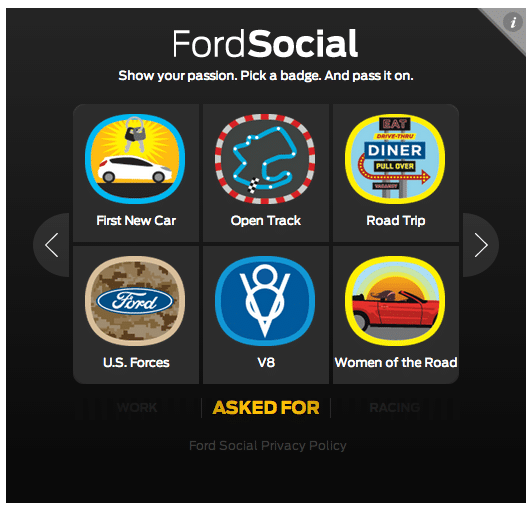 It was time to change the conversation. No more one-way streets. It’s all about listening to what you have to say. Giving back as much as we ask for. Joining the world of Ford Social—the fresh way of thinking, interacting and creating. And it starts with our online badges.

So pick a badge that you like. And show your love for Ford. You don’t need to be an owner or have a shiny new ride. There’s something for everyone. And then hang on because there’s so much more to come.

Would you apply for a job via social media? It seems to be pretty popular the past few months for companies to reach out. LinkedIn has been expanding and building up bigger and bigger.

According to ResumeBear, if you’re not using social media to help you land your next job, you’re not getting on the radar of recruiters and hiring managers. It’s becoming the new job search secret — 37 percent of employers currently use social media to research job candidates, and an additional 11 percent plan to start doing this in the future. Now, more than ever, recruiters are relying on social media sites to help round out the candidate search in addition to perusing resumes and cover letters. 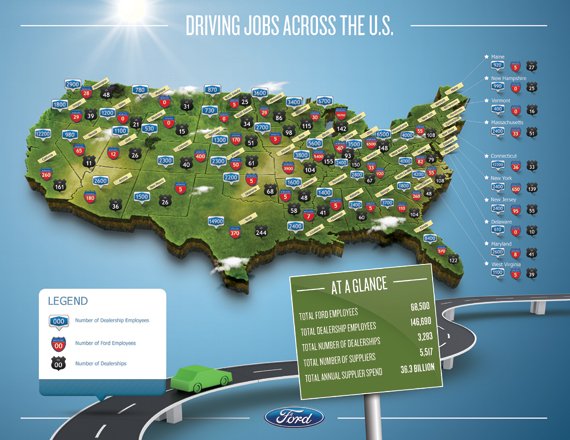 About Ford Motor Company
Ford Motor Company, a global automotive industry leader based in Dearborn, Mich., manufactures or distributes automobiles across six continents. With about 175,000 employees and 65 plants worldwide, the company’s automotive brands include Ford and Lincoln. The company provides financial services through Ford Motor Credit Company. For more information regarding Ford and its products worldwide, please visit http://corporate.ford.com.