None of the three internet Giants: Facebook, Google & Twitter are ready to be left out in the mobile ad gold rush. Each of them is making frantic efforts to grab as much revenue there is left in the mobile advertisement industry.

It is expected that Facebook will present its plans for mobile advertisement network at its F8 developer conference this year. And in so doing, it will be opening up an additional revenue stream in mobile advertising. However, not much is known about Facebook’s mobile ad strategy because the company has declined to comment.

Such a move would pit the 10-year-old company against its archrival Google. Presumably, the company wants to establish itself in the mobile app ad market and fight for its fair market share. But it is worth noting that Facebook’s opportunity is being limited by the size of the mobile app market because there is just so much money to go around. 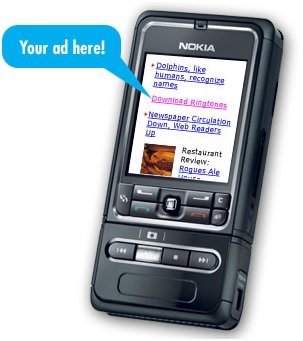 Twitter, on the other hand, created an ad network of its own through MoPub, an ad company it recently purchased for $350 million. But expectations should be moderate, especially now that the major advertising companies are scrumming for the same pot.

Currently, the approximate total app store marketplace stands at $35 billion. What Facebook plans to do is to target mobile phone users in order to provide relevant ads people can see and provide greater reach for developers, Facebook advertisers and monetize their better.

If this works out for Facebook, it means that the company will go head-to-head with the likes of Twitter and Google and it seems that Google can only have itself to blame if it loses the battle. The search Giant commands a significant share in mobile advertising, thanks to its AdMob ad platform.