Facebook ‘focused on basics’ for News Feed and mobile ads 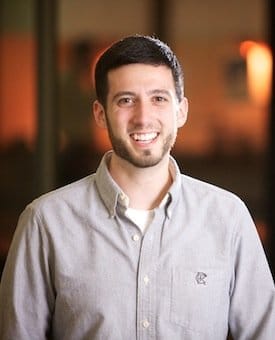 There’s a vision many people have when they think about mobile advertising. Hyperlocal, real-time, something that incorporates features like text, push notifications, QR codes and GPS.

Facebook News Feed product manager Jeff Kanter says that idea is interesting, but for now, mobile ads can be much simpler and still be effective.

“A lot of people will talk about the holy grail of advertising where you’re walking down the street and your phone is buzzing with alerts about deals around you and a movie’s playing nearby,” he says. “I think it’s an awesome vision and the world will get there, but at this point in time, mobile advertising is working really well because it’s where people are spending their time and it can achieve the same brand objectives that advertisers are trying to do elsewhere.”

Many have imagined Facebook would be well-positioned to lead the way in this “holy grail” future, which would rely on powerful identity and location data, as well as a platform that could reach a large audience with enough frequency. But for the social network, which only got into the mobile ad business one year ago, it’s all about the basics first.

“I look forward to that world when mobile advertising is that integrated in a really targeted and relevant way,” Kanter says. “I think there are a lot of companies out there that are doing it, and all these companies including us will move in that direction, but in terms of where we are right now, we think of [mobile advertising] a lot of ways the same as digital on the web but on a smaller screen.”

This approach is clear when you look at Facebook’s lineup of mobile ad inventory. Sponsored Stories, page post ads, app install units — none of these is very different than what’s available on desktop, and Kanter says parity between desktop and mobile will likely continue. The company’s strategy is simply to get more types of paid placements into News Feed in a format that’s positive for users and advertisers.

Many advertisers have already seen significant improvements in their campaigns by shifting to the feed, and through its partnership with Datalogix, Facebook found that News Feed ads drive more than eight times the incremental offline sales than ads on the right-hand side. Even without pushing the envelope much, Facebook has been able to get 65 percent of advertisers to run ads in the feed and generate 23 percent of ad revenue from mobile in less than a year.

For advertisers who are already overwhelmed with Facebook’s advertising options or who feel they’re finally finding success on the platform, that’s good news. Instead of having to adapt to a new type of marketing for mobile, they’ve been able to apply what they’ve learned from News Feed ads, which is not too different from what worked well in the sidebar. Now, advertisers can enjoy bigger placements and much more effort on Facebook’s part to optimize the performance of each ad type. While the sidebar units languished for years without much refinement, when it comes to News Feed ads, Facebook has been testing new designs constantly.

“We’re going to continue to make improvements to the actual units themselves by objective both on mobile and on desktop,” Kanter says. “We’re just getting started with some of the stuff like larger link shares on desktop. There are a lot of things we think are quick wins that we can do on mobile too.”

The News Feed redesign could be a major boon for advertisers, but even small tweaks like button design or adding a “suggested post” label can make a big difference in increasing clickthrough rates and reducing negative feedback. Kanter says ongoing user education will be important, along with giving users control to hide stories and mark things as spam easily from desktop and mobile. Giving advertisers more targeting capabilities and improving backend ad serving to get the right ad to the right user at the right time will also go a long way in making ads more effective for businesses and more welcome for users. One could imagine Facebook eventually optimizing to show different ads to users based on whether they’re at home or on the go, how strong their mobile connection is or other factors that could affect a user’s likelihood to take a desired action, whether it’s downloading an app, watching a video or shopping on a third-party site, for instance.

As for what to expect this year, however, Kanter says improving current ad types and getting more existing desktop ads into the feed are the main priorities. Helping direct response advertisers get more users to their websites and giving them more options to A/B test creative in the feed is another thing the company is working on. Kanter’s team also works with other product teams that are developing their own monetization strategies, which can involve News Feed. For instance, Offers comes from the pages team and mobile app install ads come from the platform team. He says the events team is exploring its own options.

Kanter doesn’t rule out the possibility for other ad types or objectives that the company could decide to pursue this year as ideas come up.

“We’ll work with our ads product marketing team to understand what the biggest opportunity is, what clients are asking for the most and prioritize,” he says. “But I think we have a lot of basic stuff that we can do really well and get right that will have a meaningful effect on performance.”