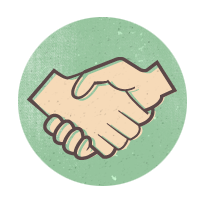 They hail from all over the world, are studying at universities across the United States and come from different walks of life. But this school year, five doctorate students are attempting to optimize users’ social media experiences online during the first ever Facebook Fellowship Program.

Applications were solicited in the following months, and chosen candidates were named in late March. Greg Badros, Facebook’s director of engineering, says several hundred applicants threw their hats in the ring.

“One of the things we wanted to do was keep the process as open as possible,” Badros says. “We were amazed with the talent and range of accomplishments. The value of academia is everybody’s many feet deep in a particular topic.”

Reflecting on the selection process, Badros confesses it was a daunting task. In the end, however, he says fellows were chosen based on their history of academic accomplishment, the diversity of their research fields and how their existing work applies to social media and Facebook in particular.

The five fellows are enjoying several perks this school year, beyond the obvious practical, hands-on opportunities that come with a fellowship. Badros says each fellow has been given a $30,000 stipend that is being paid out throughout the program, which ends in May.

The company also has dolled out $5,000 toward a personal computer and a $5,000 allowance for conference attendance and related travel. Facebook also is covering all tuition and fees for the fellows this academic year.

Leslie John, who is working toward her doctorate in behavioral economics at Carnegie Mellon University in Pittsburgh, is among the five fellows.

John, who learned of the opportunity through a professor, says she was pleasantly surprised when she received word this spring of her acceptance into the program.

“I had a feeling there were going to be a ton of people applying, so I really found this to be very generous,” she says. “Privacy has been a big topic when it comes to Facebook, and I’ve been eager to see where the concern is.”

The other fellows include Vinayak Borkar, who is researching cloud computing at the University of California at Irvine. Borkar’s research, relevant to Facebook, includes a look at improving how computing platforms for data analysis can benefit the complex data processing challenges at Facebook.

Parmit Chilana, working toward her doctorate at the University of Washington – Seattle, is focusing on social computing. She has been applying her ideas for crowdsourcing to the real world setting of social media sites like Facebook.

John was not the only Carnegie Mellon University student selected as a fellow this school year. Mladen Kolar, also working toward a doctorate at the Pittsburgh institution, specializes in machine learning. He has been studying the structure of networks and how they change and evolve over time.

Rounding out this year’s class of fellows is Yaron Singer, who has been studying Internet economics at the University of California at Berkley. His research focuses on algorithmic game theory and mechanism design.

Singer is founder of Bidwave, an advertising network for social media.

Badros says the selection process was so difficult, Facebook gave $500 to 22 finalists.

While he acknowledges the Facebook Fellowship Program is still in the pilot stage and its future is uncertain, Badros says he anticipates it returning for the 2011-12 school year.

“I wouldn’t just expect this to go away after a year,” he says.