Do We Need Just Another Chat App No, We Need MessageMe 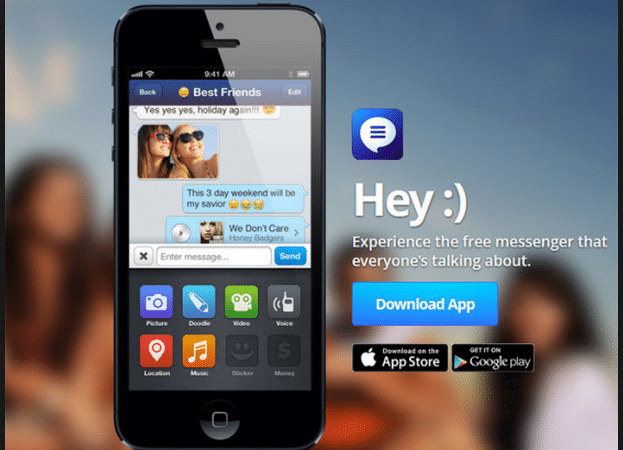 Yes, I am going to tell you about another messaging app that you need to download, and you are going to roll your eyes why are you even reading on

The fact is that MessageMe, yes, another chat appis my favorite app of 2013 by a huge margin.

The world of third party messaging apps is a crowded, fragmented one, so why do we need yet another Let’s just pack up and go home. WhatsApp, Kik and Line do the job just fine. Well, with that attitude, we’d still be waiting for our Friendster profiles to load. We always need more players who do it better than the competition. That’s how technology evolves.

I have been beta testing MessageMe for a few months now, and have seen its progressand even back in August 2012 when I first began to test an early version, this app instantly earned a spot on my home screen.

MessageMe is great not because of the multimedia features (which are on par with competitors), but because of the elegance in which they are presented and in the user experience they create. Sending drawings, YouTube videos, Google Images, iTunes songs or locations, can be done straight from within the app. Respond to your friend’s doodle by embellishing it with your own. Drop into any conversation a perfectly referenced clip from Caddyshack, or reply to a lame message with your favorite Cool Story Bro meme from Google Images. Get the right group chat going, and you might literally be ROFLing. Both Mashable and TechCrunch had great explanations of what makes MessageMe so special earlier this week.

Now, I’m not promising that if you download this app your life will be instantly changed. The problem with all messaging apps, is that they rely on a critical mass to be worthwhilethey are not single-player.  I had the benefit of having a lot of friends in on the beta, and since MessageMe is currently in the #1 spot on the App Store’s New and Noteworthy section, I suspect that they will not suffer from a lack of users for too long. But until your friends are on it and you can chat with them, I doubt that you’ll have an “A-ha” moment with MessageMe.

But give it a shot and invite some friendsnow available on Android and iOS. Windows Phone and BlackBerry 10 users… let’s be real, do I even need to finish typing this sentence You know what I’m about to tell you… sorry.

As a matter of disclosure, I started to chat with one of the founders of MessageMe, Arjun Sethi during the beta period. Him and I became friendly on MessageMe and have kept in touch.

The post Do We Need Just Another Chat App No, We Need MessageMe appeared first on Mobile Industry Review.
Original article here