The Vine app has offered comedians a platform to catapult their jokes to fame. According to CNN, the setup is simple: all you have to do is to look directly into the camera and do short jokes about anything in 6 seconds. Yea, okay – not just anyone can do that. Some people just have the right charm and timing, which is enhanced with the short span on time via Vine. This is indeed very successful for the app because it forces comedians to be very creative – as to properly utilize the 6 seconds.

Obviously other networking sites like Facebook and Twitter have come up with pretty creative photos and videos, but one has to agree that it takes a creative mind to create a hilarious video in 6 seconds. Thus, Vine pushes the creative mind in ways that no other app does.

However, the bad news is that there are not very many star comedians in Vine except the likes of Josh Peck, Brittany Furlan, Jerome Jarre, London Moss and Marcus Johns. Most of the vine users are regular folks who are seeking creative ways to spend their time and also as a publicity tool to market their comedian skills to the rest of the world who might not be aware of their existence. Already, careers have been created through this platform.

How can the story be told in only 6 seconds? 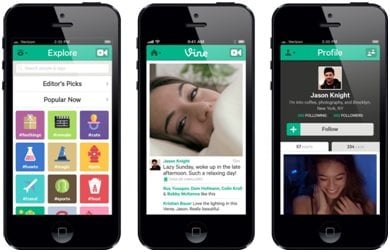 If you are wondering how this is possible, relax! You can introduce yourself in 2 seconds, the next 2 seconds to set the prank, scene or joke and the final 2 seconds to tell the punch line. In other words, there is certainly a science to vine, but only the most creative and witty can make something out of it. The short time is meant to make the video easily shared within the shortest time possible. Good luck!