People can’t stop talking about comedian Chelsea Handler’s frustration with Instagram’s nudity policy in a picture she shared yesterday. Handler posed topless on top of a horse mimicking Russian President Vladimir Putin in a side-by-side photo. She captioned the Instagram, “Anything a man can do, a woman has the right to do better. #kremlin.” The image was removed by Instagram in 20 minutes. Handler tweeted the Instagram links with captions that complain about the policy, citing it as sexist. Handler then uploaded the picture again, with her caption stating “If instagram takes this down again, you’re saying Vladimir Putin Has more 1st amendment rights than me.” The photo was removed again. Handler argues that while Putin’s nipples remain uncensored, her body is deemed unfit for Instagram. While the sexualization of a woman’s body is an important conversation, her motive behind the social media activity is perhaps business-minded. Her social media activity falls around her promotion for her Netflix Comedy Special, which makes the entire fiasco seem like a publicity stunt. 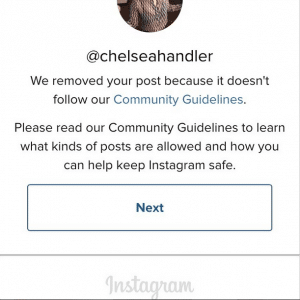 Instagram’s Basic Terms state, “You may not post violent, nude, partially nude, discriminatory, unlawful, infringing, hateful, pornographic or sexually suggestive photos or other content via the Service.” This policy is standard given public sentiment around social media content (and really general social norms). As a celebrity, Handler and her communications team could foresee the photo’s quick removal; sharing a topless photo with more than one million people doesn’t go unnoticed. If there was enough time to replicate Putin’s image, there was time to reason that the photo would be removed. Nevertheless, with this projection there is an opportunity to promote Handler’s career. 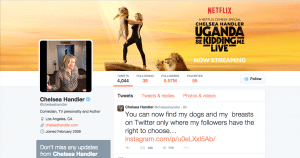 Social media is used by celebrities and businesses to develop their brands. The topless picture won’t damage Handler’s public image considering it reinforces Handler as a unapologetic comedian. If Handler wanted to dress up and share a topless picture around Halloween to make fans laugh, ruffle the media’s feathers, and get her name in the news, then she succeeded. While Handler’s social media strategy is controversial, it is also effective. 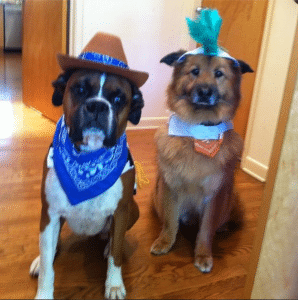 You can now find my dogs and my breasts on Twitter only where my followers have the right to choose what they say. Bye bye instablock