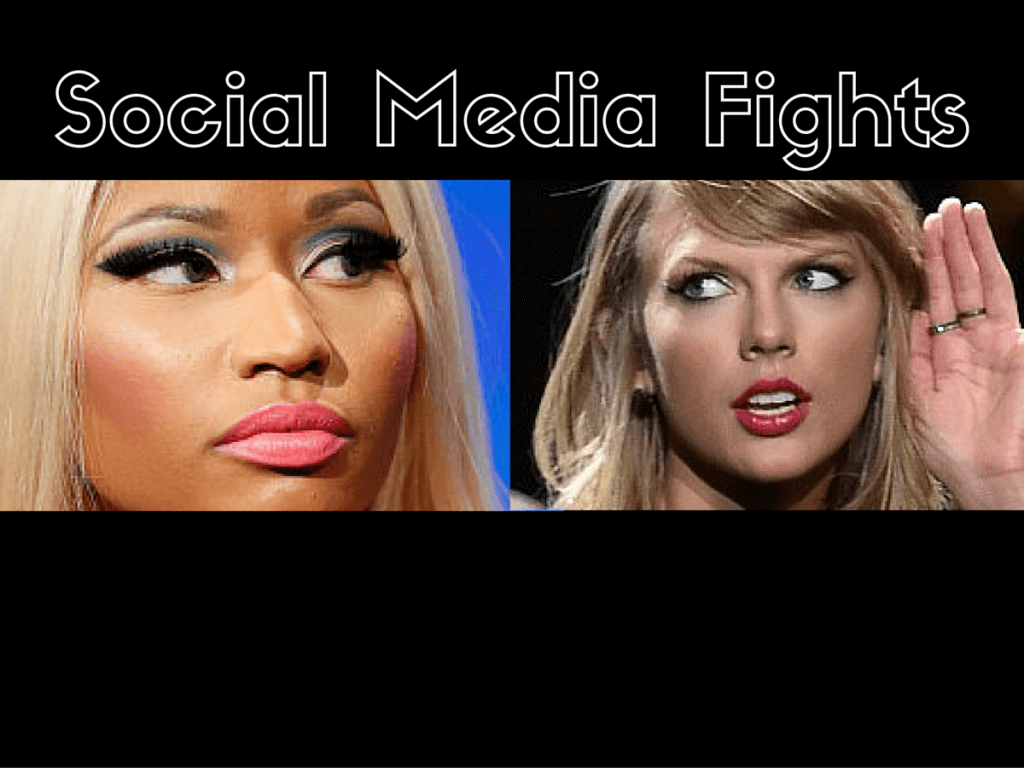 Believe it or not, celebrities are humans too. They go to sleep at night, they wake up in the morning, and they get mad when people are mean to them. Life in the limelight makes it tough to defend yourself professionally when all you want to do is fire back!

However, sometimes a little cat fight is necessary when a celebrity has been wronged, and for us fans, well, let’s just say it’s entertaining to say the least.

So let’s talk social media fights, the funny, the shocking, and the just plain ugly. 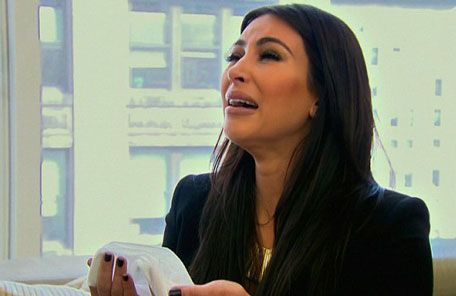 1. Is there a hashtag for #KanyebeingKanye?

At the conclusion of the disturbing and honestly pointless video, Kanye thanks each celebrity for being famous, (which is why we as viewers can assume that these individuals were put in the video in the first place). As you can imagine, the video has created an uproar. One of the latest quotes being used to describe it is: “one of the more disturbing ‘artistic’ efforts in recent memory – Lena Dunham.”

The video itself attempts to re-create the Vincent Desiderio “Sleep” painting, however none of the “famous” people included asked Kanye to replicate their naked bodies and share them with the world. Don’t worry though, Kanye showed his respect for the featured celebrities with this lovely tweet:

Once upon a time, Nicki Minaj was not too happy that Taylor Swift’s video was nominated for video of the year. The two worked it out professionally, but it’s quite obvious that there was tension behind these tweets. Come on ladies, girl power unite! 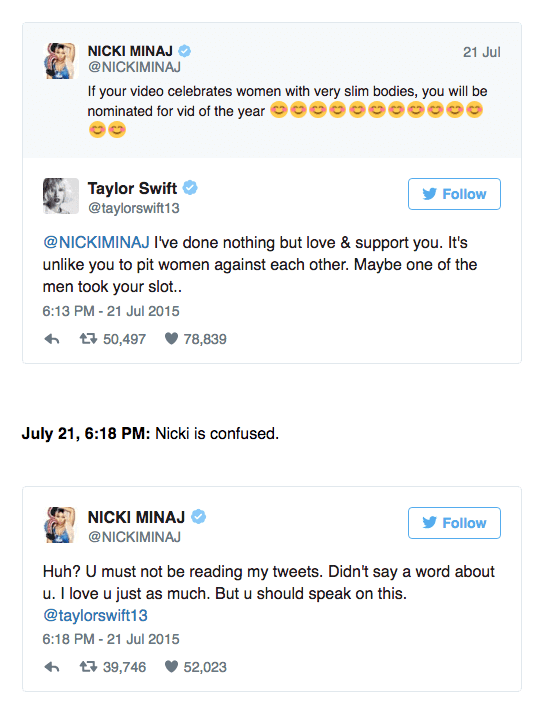 As she named herself on Instagram, @Badgalriri hashed it out with Ciera on Twitter after hearing Ciera speak poorly about her on television. This could have gotten pretty ugly if Rihanna didn’t take the high road and eventually end the Twitter battle. As sung in her own song, Rude Boy, all Riri “want, want, wants” is for Ciera to keep her mouth shut. This conversation certainly had a quick shift from fight zone to “love since day 1.” 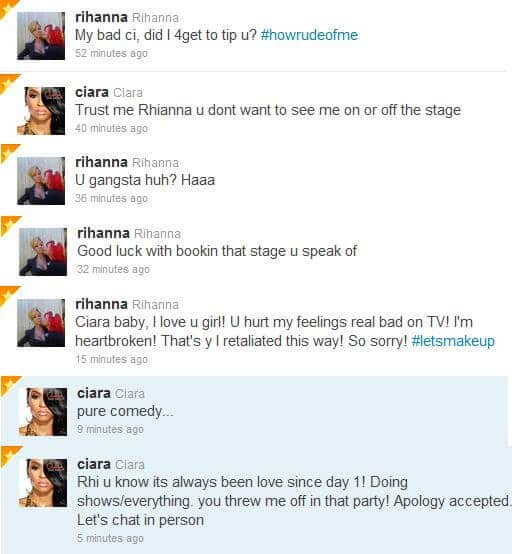 4. Big Sister To the Rescue

It has always been clear that Amber Rose was unpleasantly surprised when Tyga began dating a younger Kylie Jenner, due to the fact that Rose’s close friend, Blac Chyna, previously dated him. If you watch Keeping Up with the Kardashians, you could probably guess who was first to come to her baby sisters’s defense when Amber got nasty on Twitter. Khloe, duh!

I happen to be with Khloe on this one, sometimes the person who says less has more power. Although the relationship between Kylie Jenner and Tyga has since ended, here is a glimpse of what interactions looked like between Rose and the Kardashians while Kylie dated Tyga. 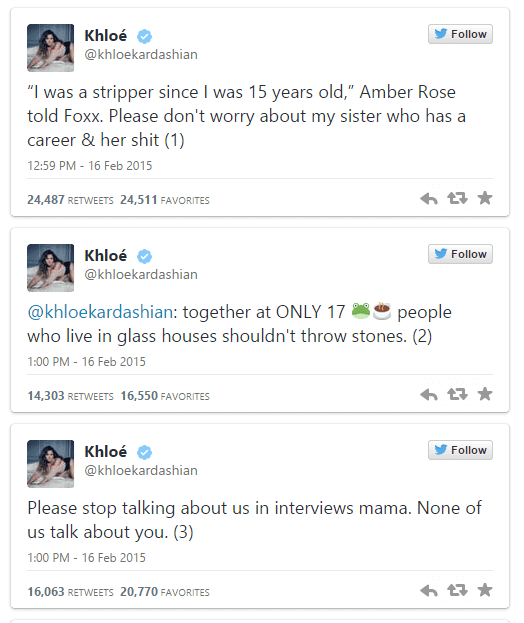 Things got tense when Bette Midler, who has been a part of other Twitter tussles before, came at Kim Kardashian for one of her selfie posts. Not to worry though, Kim boasted back about how she doesn’t have time for Twitter, as she is too busy cashing in her millions of dollars. Phew, we were worried Kim! 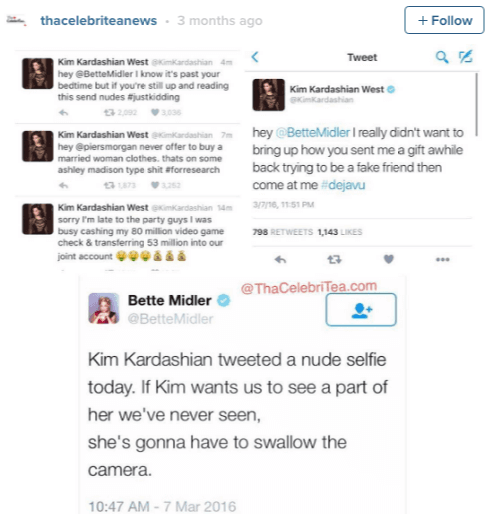 Heard of any shocking social media fights between celebs lately? Let us know, comment below!