Celebrities Made Famous on Social Media 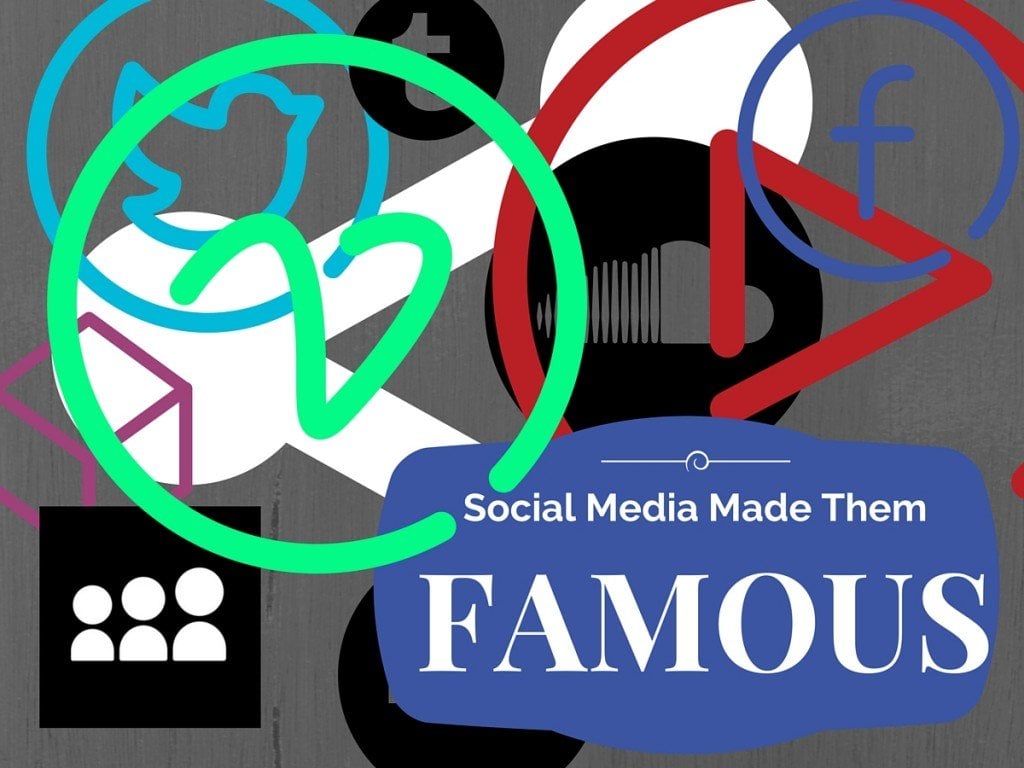 Few have been able to turn being Internet fame into legitimate careers. Most have fallen away faster than a LOLcat can cross your screen, but social media has been an invaluable tool in turning notoriety into celebrity.

Sites like MySpace and Youtube take credit, or in some cases blame, for making quite a few celebrities famous and this week Vine notches yet another.

An excellant example is Shawn Mendes. His hit single, “Stitches,” takes its place at number 6 on Billboard’s Hot 100 this week, vaulting Vine into a league of social media sites credited for putting the average person into the public eye.

Shawn Mendes developed a huge following on Vine before being signed to a record label in 2014. The teen turned six seconds into 1 minutes of fame with the help of his dedicated fan base.

Now, the singer has 439 million loops and 4.2 million followers and has parlayed his popularity on the emerging social platform into a career so seamlessly (pun intended) that Billboard notes,

“Shawn Mendes will go down in history as the first legitimate pop star with looped six-second videos as an origin story.”

It’s pretty fair to reason that if Vine can legitimize pop stardom, it is legitimately worth joining.

YouTube practically churns out stars, and not just singers, so placing YouTube sensation on your resume isn’t all that impressive. But don’t forget that teen icon and “Baby” singer, Justin Bieber, owes his fortune to the site. Justin, complete with his infamous bangs, posted videos of himself singing at church to YouTube and eventually garnered hundreds of thousands of video views.

It wasn’t long before Justin’s videos were noticed by the right set of eyes. Usher famously pulled Justin out of obscurity at the tender age of 13 and offered to be his mentor. Justin has since gone on to sell millions of albums, make teen girls cry and become tabloid fodder.

Justin Bieber used Twitter to make another star when he tweeted a video of himself and his closest friends dancing along to Canadian Idol runner-up Carly Rae Jepsen’s infectious single, “Call Me Maybe.” The tweet quickly caught fire and had Justin, Selena Gomez, Taylor Swift (who were in the video) and Carly trending. It wasn’t long before radio stations caught wind of Carly’s song and well, called her.

Skrillex, aka Sonny Moore, became famous after posting his second EP, “Scary Monster and Nice Sprites,” exclusively on BeatPort in 2010. The EP, in tandum with a series of remixes the producer released on SoundCloud including a highly popular remix of Benny Benassi’s “Cinema,” quickly, invaded college campuses across America. Skrillex began touring soon after and has since gone on to win three Grammy Awards.

Lily Allen hit it big in America after posting her ska-inspired pop songs on MySpace. No other celebrity has quite used the site to build a fanbase quite as well or internationally as Allen did. Lily used the site to market herself as a total contradiction in prom dresses and high-top sneakers, singing sweet sounding but biting lyrics. If that weren’t enough she even released a series of foul-mouthed videos. She awed fans and scored three internationally successful albums and, at one time, a talk show.