There is an article that appeared in the USA Today that featured a horrendous story of a young woman who had to give up the allures of social media in order to protect her health. According to the story, a 27-year-old woman called Dona underwent dental erosion, half-dozen hospitalizations and loss of her periods because of the messages she was exposed to in her Facebook and Instagram walls. She was influenced by others who discouraged her from eating.

By nature, human beings like to compare themselves with their peers and social media heightens the exposure. In the end, eating disorders such Asbulimia Nervosa, Anorexia Nervosa and Binge eating become the order of the day. 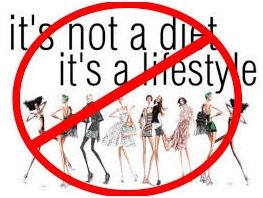 According to the statistics from National Eating Disorders Association (NEDA), the disorders are caused by an intricate mixture of psychological, physical and societal factors and they are thought to be affecting some 30 million Americans. Some of the things that have influenced people to be obsessed with acquiring model body include hash tag campaigns like  #theinspirational and #prettygirlsdonteat.

According to the NEDA’s head of youth outreach, Claire Mysko, social media changes the game completely because people log in and see what thousands of others are doing and try to emulate the behavior.

According to a study done by the Agency for Healthcare Research & Quality, there is still no official correlation between social media and increased eating disorders but hospitalizations have risen 24% in the last decade. 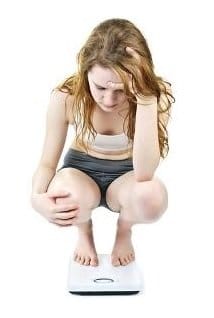 But it must be noted that the mere exposure of social media messages is the sole cause of eating disorders. A lot of times, it comes with depression and anxiety which triggers anorexic behaviors and this poses even a greater risk to the health of the individuals.

It is because of this that social media sites such as Twitter and Instagram have started censoring certain Hashtags while health organizations and treatment centers have also started pushing for positive messages in social media.