Alcohol brands on Social Media: No presence due to ..? 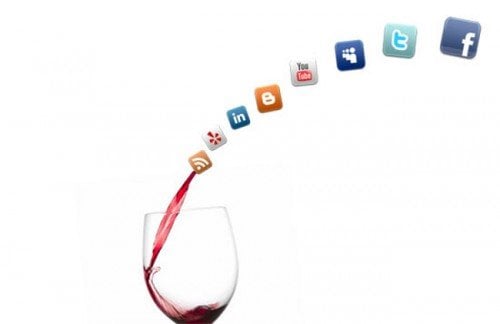 Do alcohol brands have no presence due to the large amount of underaged users on social media?

Teens today do not need to buy glossy magazines or watch television in order to come across or know about any product. All they need to do is to check out any of the social media profiles like Facebook, Twitter or YouTube – and for doing such research all that is required is a phone.

Mashable, a source of news for all things connected to the Internet, says teens spend around seven hours each month visiting social media. The Pew Research study of Internet in 2009 found that 73 percent of U.S. teens were using social networking sites like Facebook and Instagram. And that is one of the prime reasons why there is almost no or extremely less presence of Alcohol Brands on Social Media.

Several extensive studies across the globe have shown that frequent exposure to alcohol marketing escalates the chances of an underage youth to take up drinking as all the ads associate drinking with glamour and style.

Such promotion of drinking ads and its use in turn increases incidents like car crashes, sexually transmitted diseases, and violence. It has been seen that alcohol is one of the most frequently used drugs among underage people. It is responsible for an average of 4,700 deaths of underage youth in the U.S. every year.

The CDC Director Tom Frieden, M.D. M.P.H said: “Underage drinking harms teens, their families and their communities. Exposing teens to alcohol advertising undermines what parents and other concerned adults are doing to raise their healthy kids.”

Alcoholic ads on social media sites and viral marketing platforms are promoting alcohol to youth who are much below the legal drinking age. Countries all around the globe are covenanting to get tough with many of the companies that advertise any kind of beer or liquor on any social media networks such as YouTube or Facebook because such advertisings threaten to lure the young into a harmful drinking pattern. 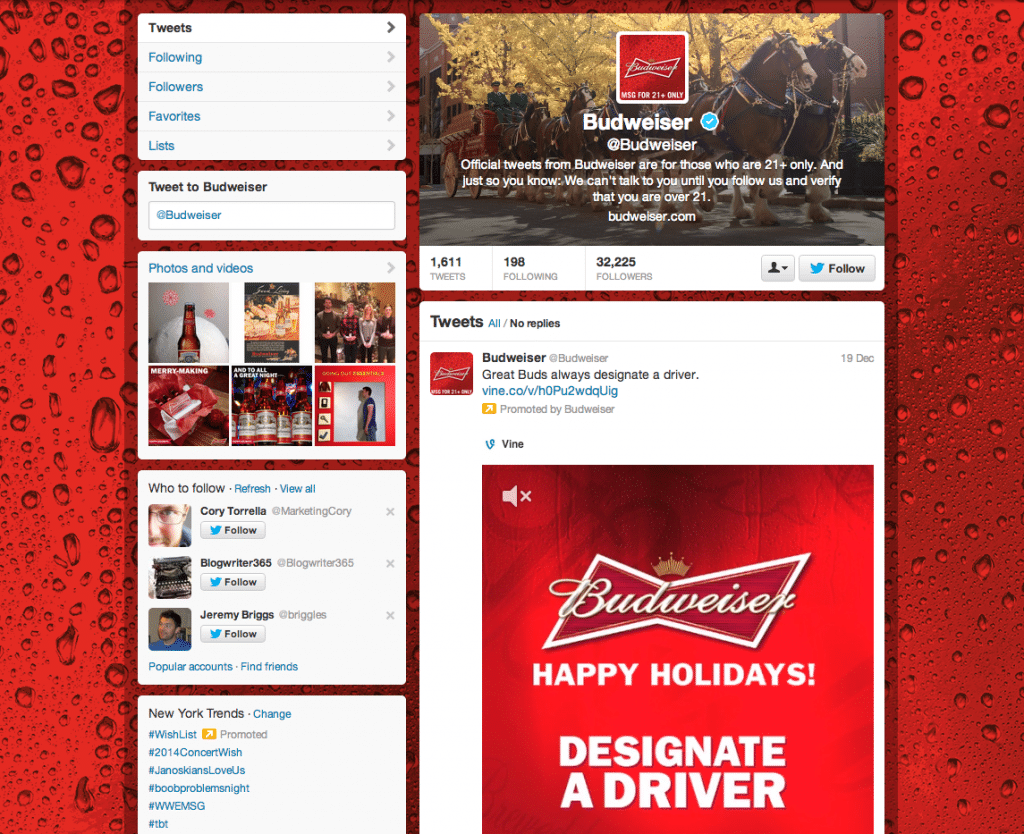 Alcohol brands on Twitter, such as Budweiser, require age verification of 21+ in order to Follow them. Although this is a step in the right direction, their tweets and images are still viewable without having to Follow them. Social Networks aren’t the easiest platforms to control, which enables these brands to still have a presence.

Do you think that these brands should be kept under wraps even more on social media?

Or do you feel that children are susceptible to everything via the internet, so let it be?